Following the release of Lagos State Director of  Fire Service, Mr Rasaki Musibau and six others, who were kidnapped, one, among the two suspects, Smart Alfred, has confirmed N5m ransom collected before the release of the victims.

Smart Alfred, said that the leader of his gang, MK, collected N5 million ransom from the family of the victims before they were released. The Vanguard reports also had it that, Alfred’s colleague, Mr. Boyo, a 29-year-old man said that, “the leader of the gang, MK, is the person in control of the communication with the outside world and demand for ransom from relatives of their victims. He hasn’t given us any money before we were arrested,” he said.

Narrating the method of operation, one of the suspects,  Bayo said that,  they usually block the roads with woods to prevent motorists from having a free passage and when they drive to the point where the road is blocked they will slow down and we strike and kidnap our victims. He said, they usually used four guns during operations.

“MK is also a youth leader in our community. He was the one that came to the village in Arogbogo, Ondo State where he asked me to come with him. He said he has a job for me. I didn’t know it was a kidnapping job. I have never been involved in it. I am an apprentice, I work with a wood operator.

“After we kidnapped the Fire Service boss and the other six people, we took them to a camp in the bush where we kept them. Some of the boys, who worked with MK, cooked in the camp. We fed the victims with egusi soup and garri.” he said.

According to the Vanguard reports, It will be recalled that the Fire Service boss and six others were abducted on April 6 at Ketu-Ereyun, Ikorodu, Lagos State and after three days they all regained their freedom after a ransom of N5 million was paid.

Parading the two suspects, Blessing Boyo and Smart Alfred, at the State Police Command, Ikeja, the reports confirmed that, the Commissioner of Police, Muazu Zubairu, said the suspects were “arrested after a sustained and well-coordinated operation by the command’s Tactical Anti-Kidnapping Unit, on April 10 at about 5:30 am in Ibafun along Ikorodu-Ijebu Ode Expressway, a boundary community with Ogun State.

We work really hard and put a lot of effort and resources into our content, providing our readers with plagiarism-free articles, original and high-quality texts. Contents on this website may not be copied, republished, reproduced, redistributed either in whole or in part without due permission or acknowledgement. Proper acknowledgement include, but not limited to (a) Proper referencing in the case of usage in research, magazine, brochure, or academic purposes, (b)"FAIR USE" in the case of re-publication on online media. About possible consequences you can read here: What are the consequences of copyright infringement? In an effort to protect our intellectual properties, we may report your website to Google without prior notice and your website be removed from search engines and you may receive a strike. All contents are protected by the Digital Millennium Copyright Act 1996 (DMCA).
Tags
Crime news Lagos State Director of  Fire Service N5 million ransom Tactical Anti-Kidnapping Unit
Share
Facebook Twitter Google+ LinkedIn StumbleUpon Tumblr Pinterest Reddit VKontakte Odnoklassniki Pocket Share via Email Print 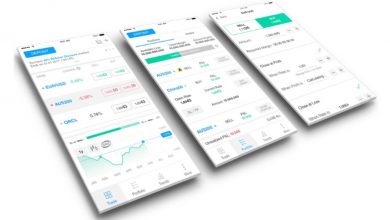 uBanker Review: A Comprehensive Update about the new broker