There is a notable festival in my beautiful village of Assiga, Yakurr Local Government, Cross river state. This festival is widely known as the “Leboku Yam festival“.

This festival is so memorable that even Assigans from within the state and outside the shores of the state strive to ensure they do not miss due to it’s importance to them.

Apart from its cultural heritage, this festival also serves as a tourist site for individuals visiting the city as it is packed with loads of events that would definitely leave you asking for more.

The festival is believed to be performed to appease the gods of the Land. It holds a significant traditional meaning to its people.

The Leboku period can be likened to a holiday for farmers because they are to desist from rigorous and stressful farming during the period.

This beautiful yam celebration is performed every September of every year. The festival holds a very special place in the hearts of the every Assigan.

It is very symbolic that there is an architectural symbol along the road to the chief’s palace to depict the huge importance of this festival to the indigenes and residents of the village.

The festival is held I’m such high regard that if an individual of the village misses the festival would not feel fulfilled for the year. The festival is a huge spectacle for the display of various yam sizes.

If you think you have seen the largest size of yams, you are definitely mistaken because the vast array of sizes would marvel you. The festival is peculiar to the people of the Yakurr community especially the following five towns which are Assiga, Ugep, Ekori, Mkpani and Nko.

The festival has grown from just a typical village festival to an international standard festival in which all the villages mentioned above in the Yakurr Local government come together and create a memorable festival year in year out.

This was as a result of the attention it was getting from tourists within and outside the country.
The celebration is for a three week long period. It is kicked off with the ‘Mblemi’

On this day, women from various settlements and farmlands are adorned with the most dazzling of outfits and with their bountiful harvests for the year march around the town.

Day two of this joyous celebration continues with the Janenboku which means ‘women’s festival day’. Women are the sole focus of this particular day with gifts being showered on them by their close friends and family members. If you are tourist, this is certainly one of the days you wouldn’t want to miss because they will be treated to some delights which include the following:

i. There is the traditional carnival-like drumming which is filled with lots of dancing and merriment and also a Lee way for the main event of the night which is the second point below:

ii. In modern times it is known as the Miss Leboku beauty pageant which is conducted in one of the exquisite hotels in the town.

The celebration doesn’t end there as the third day is the Ledemboku also known as the ‘men’s festival day’ In similar fashion as events of the previous day began, men are not left out of the celebrations at all as gifts are also being offered to males.

In our village we appreciate gender equality as we don’t want the men feeling left out. The exchange of gifts is accompanied with parades by the leg-bangle wearing Leboku ladies dancing rhythmically and beautifully to the sound of the Ekoi drummers. The uniqueness of the day is crowned by the appearance of the Etangala masquerade who steps out only on this day.

Two days after this are declared resting days; this period is known as the Leteboku. It affords the Leboku maidens time to mingle and make new friends also in the process.

The Leboku maidens never get tired of dancing during this period to show their joy as they treat tourists to songs and dance steps with their systematic movement of their leg bangles which is a n absolute beauty to behold.
The Yekpi is the period after the Leteboku.

On this particular day, the Leboku maidens and young men of the town parade the village all through the day as a process which is believed to attract lots of prosperity to the town and ensure the continuity of peace. As the festivities are drawn to a close, the Yeponfawa begins.

As part of the rounding up ceremonies for the festival, the children are not left out of this illustrous celebration as for a week, young boys and young girls also participate and entertain in a series of music and dance presentations.

Their dance ensembles are divided into two groups which are ‘Egbendum’ for boys and ‘oka’ for girls. Every neighborhood is endeavored to produce a group, these various groups are taught various songs and dance moves by the adults in their neighborhood.

After a wonderful three week period of merriment, dancing, singing, exchange of gifts and parades, the Leboku festival like every other good thing in life comes to an end.

In the means of an incentive, children are given a special treatment as they are hosted to a great feast of yam porridge and palm wine.

The yam and palm wine is openly offered by members of the neighboring towns and parents whose children partook in the Leboku celebration.

The Leboku festival is very rich in cultural heritage and definitely a tourist delight, so if your in Cross River State by September next year, don’t forget to make it a date in your calendar as you would definitely savor the experience.

We work really hard and put a lot of effort and resources into our content, providing our readers with plagiarism-free articles, original and high-quality texts. Contents on this website may not be copied, republished, reproduced, redistributed either in whole or in part without due permission or acknowledgement. Proper acknowledgement include, but not limited to (a) Proper referencing in the case of usage in research, magazine, brochure, or academic purposes, (b)"FAIR USE" in the case of re-publication on online media. About possible consequences you can read here: What are the consequences of copyright infringement? In an effort to protect our intellectual properties, we may report your website to Google without prior notice and your website be removed from search engines and you may receive a strike. All contents are protected by the Digital Millennium Copyright Act 1996 (DMCA).
Tags
Leboku Yam festival
Share
Facebook Twitter Google+ LinkedIn StumbleUpon Tumblr Pinterest Reddit VKontakte Odnoklassniki Pocket Share via Email Print 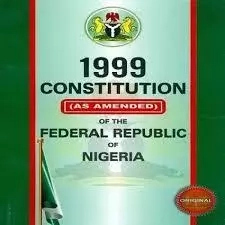 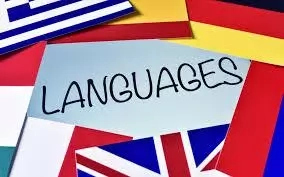