In this post, we will take a look at the problems of rape in Nigeria. Here you will see the notable cases of rape, causes, effects and possible solutions to this menace.

One of the prevailing menace of every modern society in the world today is the issue of rape which has increased drastically over the years. Like in many developing countries, rape is endemic in Nigeria as it is a cause for worry as victims are subjected to detrimental mental torture which has resulted to depression as well as suicide as the case may be.

Rape in Nigeria is practically no news as cases of rape are being heard on a daily basis with child rape taking the lead in this grievous scenario. It is a serious situation that shouldn’t be taken lightly as the negative impact on rape victims is more gruesome leaving them scarred for life.

Rape is the act of forcefully having sexual relations with a person without consensual approval with threats of death if the disclosure is made. Rape has caused fears in the minds of these victims as they are afraid to seek help.

Statistical reports on rape cases over the years have not been accurate as many rape victims are yet to be discovered.

In Nigeria, rape is like a disease with multiple symptoms that if necessary measures are not taken to treat these symptoms, it would result to a terminal problem that cannot be controlled in the long run.

Most rape victims in Nigeria are stigmatized as unnecessary blame are being leveled against them by the society and as such victims become wary of voicing out their plight which often times as resulted in painful silence.

But the society can’t stop to think that this appalling act is not of their doing and at times above their control. These rape victims are sometimes victims of circumstances as they are being sexually abused by people the society considered morally upright or their close relations who seem to play significant roles in their lives.

Young girls and women are more susceptible to rape as they are likable prey to the perpetrators of this dastardly act. Men are also victims of rape but the major focus in the Nigerian society and the world at large is that of the female child or women generally.

Anytime a rape case is mentioned, people attest it to the fact of indecent dressing but this is not always the case as little girls or women that are being raped may not be indecently dressed but they are still victims.

In the northern part of Nigeria, more cases of rape are being reported but not much has been done to curb this reoccurring menace. Rape has eaten deep into the heart of the country as cases of its escapades has been reported in all sectors of the country.

In the religious, health, educational, political sectors of the country, women are sexually abused on regular basis and much attention are not given to the issue as the society unfounded opinions seems to rule over this serious issue. Why rape is rampant is an issue that calls for thorough deliberation as it is causing serious damage.

Most of these rape offenders commit this crime out of anger, power, spirituality, lust, drugs or mental trauma. They care less of their victims as they are only interested in satisfying their carnal urge and they go at length at exerting violence to ensure that.

In Nigeria, rape victims are not shown adequate love or care and are often said to bring disgrace to their family or a cause on the family as the case may be. The ugly thing about rape and not that there is anything beautiful about it, is the aftermath of the dastardly act as the victim becomes pregnant or in an unlucky case contract the deadly virus of HIV.

Sometimes one begins to wonder what triggers the animosity in men to rape children or young girls. A matured man raping a girl of five or six is really telling how mentally unbalanced he is. Looking at this case, some of these men believe that raping a young girl will cure them of any sexually transmitted diseases like HIV which is downright absurd.

Notable Cases of Rape in Nigeria

1. In the month of April, it was reported that a taxi driver raped a 16 years old girl who happened to board his vehicle to convey her to church for vigil but he ended up raping her and he has since been arrested.

2. on May 31st, it was reported that a nurse by the name Mrs Ebele told the court how her male house help raped her six years old daughter and her seven years old niece.

3. Another case would be that of a father and son earlier this year who was reported to have raped and impregnated a 13 years old girl and had since been arrested and awaiting trial.

5. Two men by the name Don-Chima and Olusegun Rasaq was reported to have raped a 23 years old lady in Lekki and filmed the act.

6. Recently, a worker in the church was said to have raped a young lady by the name Efe.

There are numerous cases of rape in Nigeria but the few listed above are recent cases from earlier this year and looking at the common trend in these rape cases, it is the rape of minors which would continue to happen if drastic laws are not put in place to ensure offenders are severely punished and policy to protect every female child should be enforced.

Causes of Rape in Nigeria

The causes of rape in Nigeria are:

Most rape happens under alcohol or drug influence, as the perpetrator is not mentally aware of his actions but controlled by the drug or alcohol in his system and during this time, the perpetrator is uncontrollable and whoever he sees at this time will likely be his victim.

Another cause of rape is the traumatic experience suffered by the offender who has one point in his life experience first hand the act either personally or to someone closely related. He later becomes the predator and pounces on unsuspecting victims as he is mentally unbalanced due to the trauma experienced.

The Nigerian legal system is probably not doing enough for rape victims. In Nigeria, the law to ensure that perpetrators of rape are brought to book are not seriously implemented and as such the rapist continues with the act.

When a man who happens to be a prominent person in the society is accused of rape, he simply weaves his way out of the police net by paying a bribe and the case would die just like that because the law that is no respecter of status when it comes to rape has not yet been implemented.

Laxity of the Nigerian law just give this rapist a freeway to indulge in the act and the person to be caught in the fire would be his unlucky victims.

The unemployment rate in Nigeria is high. Due to Nigeria’s failing economic situation, many youths are not productively engaged and as such crime becomes the last resort.

These hot blooded men engage in all criminal activities like stealing, kidnapping, rape and even killing. An ideal mind is the devil’s workshop so says the popular saying which is practically the truth and out of frustration, any home that is being visited to steal from, they end up raping the women of that household.

Effects of Rape in Nigeria

The effects in Nigeria are:

A rape victim after going through that traumatic ordeal falls into depression which is hard to come out from. The victim sees life as meaningless as she deals with the trauma alone afraid to speak out because of being stigmatized.

Most rape victims end up with unwanted pregnancies which can affect their lives drastically.

The common effect of rape is STD as victims become affected with the disease like HIV and this can perfectly damage their lives.

Often times, victims of rape become mentally unstable as they cannot deal with the traumatic experience and end up in a mental institution.

Experience is said to be the best teacher. It is only a rape victim that knows how it feels to be sexually assaulted which is very unpleasant and some of these victims cannot come to terms with the painful reality and this result in suicide.

Possible Solutions to Rape in Nigeria

The possible solutions to rape in Nigeria are as follows:

-Creating awareness through the media, seminars, schools, churches on the possible dangers rape pose to women and how it can be avoided.

-NGO should be established to support rape victims and also those that might find themselves in such a situation but don’t know who to call for help.

Rape is a menace that needs to be seriously tackled for a healthy and productive society.

18 Best Aviation Schools in Nigeria and their locations 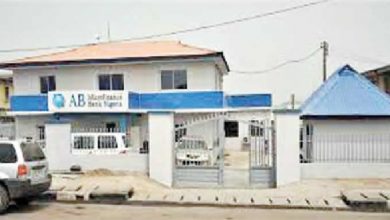