The influence and role of religion permeates every aspect of human existence on this Earth and Nigeria is not an exception. Whether in the rural or urban settings, Nigerians adhere to one form of religion or the other.

From the lowest strata of society to the top echelon, Nigerians are quite religious. What more, policy makers in the Executive, Legislative, and Judiciary arms of government adhere to their various chosen religions and are in essence influenced by same. Therefore,religion plays a vital role in Nigeria.

Majority of civil servants, corporate workers, military and paramilitaries officers, students, children and individuals are believers in their chosen religions and are accordingly influenced.

The dominant religions in Nigeria today are Christianity and Islam. African traditional beliefs are also quite widely practiced. Hinduism, Eckankar, etc. are in the minor categories.

Religious values are usually cherished and have great influence on the people of Nigeria.

Furthermore, we humans are deeply influenced by religion especially because we seek answers to tough life challenges and riddles such as:

-What is the meaning of life?

-What is my purpose on Earth?

-Why am I suffering?

-What does my future hold?

-How can we handle the forces waging war against us daily?

-How do we overcome threat to our health, education and success?

-How do I get spiritual aids?. The questions are numerous.

Even people who might have once upon a time ignored religion find themselves at a point seeking solutions to some mysterious occurrences in their lives and then wholeheartedly embrace religion.

Nigeria is a pluralistic society in terms of religion and ethnicity thus, religious influence and ethnocentric tendencies tend to affect the polity often times than not. However, if religious leaders emphasize mutual respect,love and tolerance,religion will truly help build that great nation we all dream of.

From my observation and learning over the years, religious institutions have been playing a unique role in Nigeria by helping the government build a harmonious society and to achieve national development even though  religious extremists activities have been trying to undermine this good role of religion in the country.

The following are areas in which religion plays key roles in Nigeria:

Religious bodies established the first formal schools in the country. For example, the Christian Missionary Society (CMS) founded some of the earliest schools in Nigeria. The Islamic groups have also long established Arabic schools. The various religious missionaries built schools and enlightened Nigerians thus,bringing about civilization.

Today, they and the new generational missions are still building schools from primary, secondary to tertiary institutions thus,immensely contributing to the educational growth in the land.

However, some of these mission schools administrators need to consider making their fees affordable for ordinary citizens who desire quality tertiary education.

Our Ministry of Health was built upon this foundation and even today, various church denominations and Islamic groups do visit patients in hospitals to pray for and give them material and spiritual support.

Like their predecessors,different religious groups still build clinics,hospitals and even ultramodern hospitals thus,supporting the government in giving effective healthcare to Nigerians.

Religious clerics do preach about morality and righteousness.However,humans,being freewill agents will do as they please.It is a common point of reference that despite the large number of churches, mosques and revered traditional institutions, moral decadence and crime is on a wild rampage in Nigeria. We should also realize that a large portion of our society still thread on the paths of right living and good moral standards; thanks to the good religious institutions.

Morality is also closely connected to being law abiding;meaning that religion can help the larger populace to see reason and prefer to always obey the laws of the Federal Republic of Nigeria

Islamic clerics have long been active in massively encouraging their congregants to go out and vote during election periods.They use to advantage their high population especially in Northern Nigeria and often speak in favour of their preferred candidates.It is only of recent that more Christian clerics are now speaking out for their members to actively participate in voting by collecting permanent voter’s card.

Right from the pulpit, sermons are now moving more Nigerians to be more active in the election process.

5. Swearing in of Political Office Holders

After an election, emerging public office holders are made to swear an oath of office before being handed power. The Holy Bible is given to such individuals if they are Christians and if they are Muslims, the Holy Quran is used for the oath swearing.

Both Christian and Muslim clerics are present and given time and space to pray on such occasions. The swearing in ceremony is usually televised if it is for state governors and their deputies or for the president and vice president.

Religious bodies have set up orphanages for the care of motherless children and orphans.The various religious missions also make regular visits to other such facilities across the country to give material and spiritual support to these children and their care givers thus,helping stabilize societies in Nigeria.

A case study is the Al-majiri children in Northern Nigeria who are left to roam about for food and other gifts. It is suspected that a lot of them end up as tools for religious extremist groups and unscrupulous politicians.

One can only imagine the sufferings and hardships such helpless children in orphanages would otherwise have to go through had it not being for conscious efforts to care for them and the resulting ripple effect on society if such children turn out to pose criminal threats to us all.

Various religious groups carry out time to time visits to prison inmates across Nigeria to deliver material and spiritual benefits to them. These kind gestures bring comfort to prisoners and aid their rehabilitation as many prisoners are known to have repented and accepted religion; some even turning out to be great men of God. Such impact makes society better because such prisoners, once released will be responsible citizens once again thus, contributing their own quotas to the Nigerian society.

Some outspoken religious clerics have been advising and admonishing government officials on the need to work conscientiously and serve the people rightly. This helps in curbing abusive and negligent government in Nigeria.

Churches do distribute gift items from time to time to the less privileged in society. Items such as food stuff, clothes, soaps and detergents, foot wears etc. are taken on evangelical missions or simply distributed to the needy in society.

One new trend in some churches is to cook food and give out to worshipers every Sunday. If more churches, mosques and other religious bodies will work more on this area,I think the general impoverished populace will get more succour and tend to live peaceably in Nigerian societies.

Faith in a Supreme Being who is believed to help solve difficult and seemingly impossible problems has kept many Nigerians hopeful despite conditions that government failures over the decades have conformed them into.

A popular saying goes thus: “religion is the opium of the people. “Such an “opium” is far preferable to stories that touch the heart if religion was not present to keep people hopeful or if you permit, hypnotized.

Suicidal rate is still curbed to some extent while tendencies to venge out frustrate anger against the government or privileged people is kept in check since people believe God will eventually help them out.

Religious institutions in Nigeria play a vital role in rehabilitating drug addicts and mentally ill people. They have clinics or centers for this purpose and they also visit other such facilities across the country to give material and spiritual support to patients undergoing rehabilitation.

These religious bodies are known to effectively care for and restore drug addicts and mentally ill people through systematic care, prayer and the word of God. They have and continue to restore persons who otherwise will have been lost along with their productivity in society.

This wonderful role reduces security threat to Nigerians as drug addicts are violent prone and will go to any length to get money to fuel their addictive desires. Mentally ill persons can pose a threat to the safety of people. Thanks to the rehabilitation centers and massive support of religious institutions.

The points above clearly show some key roles religion plays in Nigeria.Religion is an interactive force in society because it is potent enough to shape collective beliefs. It provides cohesion in social order by promoting a sense of belonging in collective enterprises and aids national development.

How to start a Bakery in Nigeria

How to become a Tour Manager in Nigeria 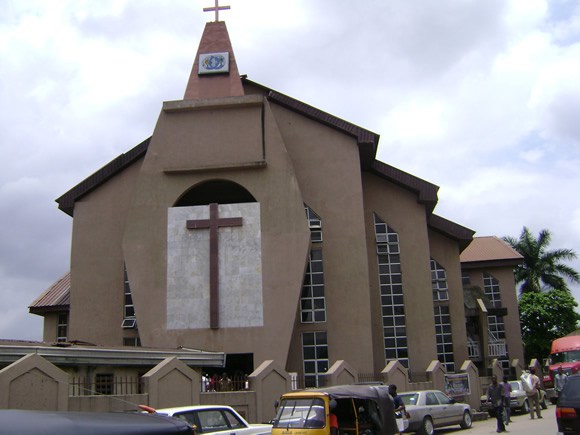 Top 20 Churches in Nigeria and their Founders

10 Problems of Religion in Nigeria and Possible Solutions