In this article we would like to throw more light on the concept of restructuring Nigeria and reasons why the country should be restructured.

Restructuring has become one of the most popular languages used in the Nigerian political world today.

Many politicians and enlightened citizens are are calling on the federal government to restructure the country as it would help to move the country forward both economically and socially.

Having read a lot of articles about this topic I found most are filled with political grammars that are not easily understood by the average Nigerian and so I decided to write a very simple article on this issue in very plain language. 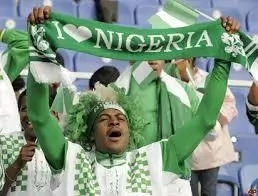 What is Restructuring Nigeria?

The central government which is also known as the federal government controls the amount of resources given to state government, approves the amenities to be put in place by the states as well as the ability of the state to generate power.

This is how things are done in the present Nigerian government. But now, Nigerians thinks that the country might be run in a different way – which is smoother and more transparent than the present system.

It will become the responsibility of the federal government to oversee our foreign policy, defence, and economy. While the state government will deal with all internal issues like electric generation, building of universities, construction of roads and securities.

The need to restructure Nigeria

Having analyzed all the available facts and advantages of decentralized governance it will be a wise decision to restructure the country. Here are some reasons why we believe Nigeria should be restructured.

One of the vital functions of the government to it’s citizens is the provision of security for them and their property. Having help coming to your doorstep in the quickest time is the dream of every person.

Now when the country is restructured, each state will be responsible for it’s police as well as firefighters. This will ensure that help can easily be provided.

It is not news that most firefighters often arrive at fire scenes when issues are already out of hand and still complain that equipment they require for their services have not been sent from Abuja.

But with each state responsible for providing all the needed equipment they would be able to function more efficiently.

Read Also: How to Survive in Nigeria Despite Huge Economic and Security Concerns

Currently the federal government is responsible for the generation of power for the various states and we can see where that has led us to.

But giving the power to the state government that each states should stand alone and generate power to be consumed by the states will lead to more efficient power management.

Giving more powers to the state will probably result in competition amongst the state as each will try to do better than the other.

This could lead to more development and innovation and as well as increase tax yield as all states will be dependent on their tax yields, there will be hardly embezzlement of funds because it can easily be tracked.

Problems and Prospects of Restructuring Nigeria

Having seen all the above benefits of a decentralized government it is no doubt that Nigerians are desperately calling on the federal government to restructure the country.

However some are of the opinion that restructuring is not what the country actually needs at the moment. They believe that Nigeria is not yet ripe for this system of government.

This is because given the mechanics of decentralized government, powers can easily be abused. Let’s look at the idea about each state having their own security.

The state government can easily manipulate the security force to work to it’s sole purpose and to the disadvantage of the opposition parties and this can lead to injustice in the state. And how are we sure that state security will not just be a more convenient means for those agitating for the secession of the country?

Allowing each states to control it’s education can actually lower the value of education in the country. More states will be more interested in putting out statistics of the educated than actually educating them and this is rather alarming.

And not to talk more of the purpose of the country. Each country should have a general purpose. It goal it may want to achieve. This sort of focus can only be possible where the government is centralized. When the government is decentralized each state will have it’s own focus and at the end the country will not just be a single country but multiple countries within a country.

Like every other things in the world restructuring Nigeria has it’s own advantages and disadvantages and we should not only focus on the advantage but also take precautions by considering the things we stand to lose when we restructure.

Contents on this website may not be republished, reproduced, redistributed either in whole or in part without due permission or acknowledgment.
.
Proper acknowledgment includes, but not limited to (a) LINK BACK TO THE ARTICLE in the case of re-publication on online media, (b) Proper referencing in the case of usage in research, magazine, brochure, or academic purposes,.
.
All contents are protected by the Digital Millennium Copyright Act 1996 (DMCA).
.
We publish all contents with good intentions. If you own this content & believe your copyright was violated or infringed, please contact us at [infoguidenigeria@gmail.com] to file a complaint and we will take necessary actions immediately.
Tags
Restructuring 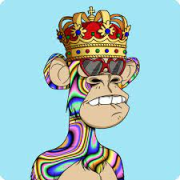 War against Corruption in Nigeria - Success so far, Challenges and Prospects 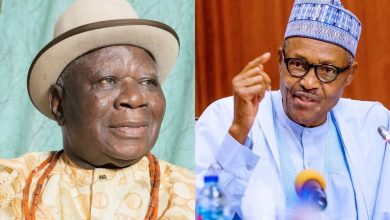 ‘There Was Peace In The Niger Delta Before You Came’, Edwin Clark To Buhari