Here in this post, we are going to bring you vital information on the sharing of property after divorce in Nigeria. We hope you find this invaluable.

Marriage is the union of a man and a woman without the inclusion of a third party. It is a beautiful institution where both parties are allowed to love each other without boundaries, have children and do virtually everything together until one party cheats on the other or subjects the weaker partner to domestic violence or is suddenly financially incapable of taking care of the significant other. Ugly experiences like these and many others lead to separation and subsequently, divorce.

Read Also: Cost of Getting a Divorce in Nigeria

Divorce is the opposite of marriage. Here, the man and woman who were once in love go their separate ways for a reason known to them.

However, it is pertinent to note that you cannot just wake up one bright morning in Nigeria and decide that you are no longer interested in the marriage because your spouse does not say, ‘I love you.’ Nigeria and Las Vegas are two different States.

There are grounds for divorce provided in the Matrimonial Causes Act, a book which contains the laws on marriage in Nigeria.

The major ground for divorce in Nigeria is where a marriage has broken down irretrievably. What constitutes an irretrievable break down of marriage as contained in section 15(2) of the Matrimonial Causes Act?

Unless one of the aforementioned occurs, a party’s petition for divorce will be struck out of court.

Read Also: The harmful effects of divorce on children

Reminiscing on the cause of the divorce every now and then causes depression especially when you find out that the person you once hoped to spend the rest of your life with is married or engaged to another.

The absence of a father or mother figure in the lives of the children is a reason to fall into depression. This is because each party’s role is so pivotal to the growth of a child and when such child starts to misbehave as a result of the absence of one parent, the parent in custody of the child becomes depressed.

This is inevitable for someone who was once married. Immediately after a divorce, such person loses companionship, attention, sexual intimacy with one person and many others. Loneliness seeps in when there is no one to talk to after a long day at work, living all alone is a grandiose building or even a small one.

It is usually difficult for the wounded party to be romantically involved with another person for the fear of going through the initial painful experience. A lot of times, the children of a divorcee have that kind of problem while some even choose to do better than their parents.

The aforementioned are only a fraction of the effects of divorce. However, the crux of this article has to do with sharing of properties after a divorce which shall be discussed below.

It is an ancillary relief that must be written in the divorce petition or in response to the petition. If this is not done, the ship sails and one party loses.

Properties here include everything except the children, acquired in or before the marriage by the husband and wife. Children are human beings not properties and as such, the rules are different when it comes to them under the Law. These properties include; land, houses, companies, cars, clothes etc.

For spouses married under the laws and customs of their tribe or village, the woman has no right to any portion of the properties upon divorce.

Even if she contributed to the acquisition or development of the property, she cannot request for her share of the fruit of her labour.

She is only entitled to divorce petition and a hearing, nothing more. This was a very common practise in the East until it was kicked against by activists fighting discrimination, supported by the celebrated case of Ukeje v. Ukeje.

Marriages under the Act are more just and equitable. This is because either party can apply to the court for settlement of property along sides the divorce petition. Both parties are entitled to the properties as long as they were involved in purchasing or developing the said properties.

The properties to be distributed may be for one or both spouses and in distributing them, the Court (i.e. the Judge in charge of the distribution) puts into consideration what is just and equitable or fair for both parties.

The Court also considers the fortune i.e. the financial capability, responsibilities accrued to each party, age, conduct and position of the children so as to determine the ratio of distribution.

Summarily, the rules that apply to settlement of properties between spouses depend on the kind of marriage existing between both parties.

There are no laid down rules on ‘who gets what’ but it is left to the discretion of the Judge to do what is fair and equitable.

We work really hard and put a lot of effort and resources into our content, providing our readers with plagiarism-free articles, original and high-quality texts. Contents on this website may not be copied, republished, reproduced, redistributed either in whole or in part without due permission or acknowledgement. Proper acknowledgement include, but not limited to (a) Proper referencing in the case of usage in research, magazine, brochure, or academic purposes, (b)"FAIR USE" in the case of re-publication on online media. About possible consequences you can read here: What are the consequences of copyright infringement? In an effort to protect our intellectual properties, we may report your website to Google without prior notice and your website be removed from search engines and you may receive a strike. All contents are protected by the Digital Millennium Copyright Act 1996 (DMCA).
Tags
Divorce in Nigeria
Share
Facebook Twitter Google+ LinkedIn StumbleUpon Tumblr Pinterest Reddit VKontakte Odnoklassniki Pocket Share via Email Print 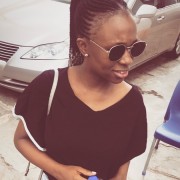 Cost of Getting a Divorce in Nigeria