Traditional Marriage Rites In Edo State, Nigeria. Marriage is a respected institution in Nigeria, hence every woman of marriageable age look up to it. Traditional marriage in Nigeria has deep cultural values that have been looked upon with respect and honour.

Every tribe in Nigeria has its own unique marriage rites and but the people of Edo have been able to create one of the most glamorous marriage ceremonies in Nigeria.

I will take you through what it takes to marry a bride in Edo state; the bride price to be paid and every other details involved.

What You Should Know About The People Of Edo State

In early times, Edo girls usually get married between the ages of 15 to 18 but that has changed now with education and civilization.

The traditional marriage rites in Edo state will be discussed under three sub-headings;

Every Edo girl of marriageable age, always seeks to marry a responsible and hardworking man who will not only love and cherish her but will provide support for her financially, morally and physically.

It is also every parent’s dream, to give out their daughter to an eligible suitor on a day regarded as sacrosanct for both families.

In Edo state, it was the practice of parents to go looking for brides for their sons, a system known as the betrothal system. But nowadays, the couples can meet each other anywhere and develop affection for each other. Courtship normally proceed before the marriage and can last from a year to as long as they are ready to marry.

In the past, when a girl is born, parents of likely suitors normally make their intention known to the parent of the girl by bringing items such as log of wood or yams in bundle.

After the man has officially presented the woman he intends to marry to his parents, and they are in agreement to his choice of partner, messages are then exchanged between both families. This is often known as Ivbuomo; meaning seeking for a bride.

During this period, series of investigation are carried out about both families’ background. Investigation carried out would include disease condition in the family, incidence of any crime committed and any other information that might become a problem for the couples in the future.

After this has been dealt with, discussion for the dowry can then begin. The groom’s families would also decide on what to present to the bride’s mother as well as other members of the family.

The final terms of agreement will conclude with fixing of the date for the wedding.

The wedding takes place in the house of the bride’s family. It is a special day where people come from far and near to rejoice with the couples.

There is usually a lot to eat and drink on this day. Kolanuts and wine are presented to guests and the ceremony is presided by the Okaegbe (head of the family).

The bride is normally placed on the father’s lap during the ceremony and prayers of all sorts are made. After the prayers and conclusion of the Iwanien Omo (wedding ceremony), the bride who is now called Ovbioha is then escorted to the husband’s house along with her properties, by her friends and close family members.

In the husband’s house, they would be a lot of eating, dancing and merriment as they await the new wife. On getting to the house, a message would be brought to the husband that there are obstacles on the road preventing her from entering. To remove these obstacles known as Urghunghun, the husband would have to part away with some amount of money to allow the wife to enter into his house.

This will immediately be followed by the washing of the bride’s feet with water placed in a bowl together with money. This ceremony is called Ikpobo-Ovbioha. It is usually performed by one of the senior wife in the bride’s family. A new head tie would be used to wash the bride’s hand in the bowl and it would be given to the bride together with the money.

In strictly traditional homes, the bride would be taken to the family alter to offer prayer to her. After some days, the bride’s mother in-law will visit the new couple together with some female members of the family to confirm if the wife is truly a virgin.

This is usually done by checking for blood stain on the bed spread the couples had their first sexual intercourse. The wife would be given gift items if it was confirmed that she is truly a virgin, if otherwise she would have to go through a ceremony known as Ivihen-oath taking.

She would have to confess the number of men she slept with to the grooms’s mother and other elderly women in attendants; this would not be revealed to the husband.

After this, the wife would then be taking to the family shrine to take an oath of fidelity, it is after this oath-taking that she is finally accepted into the family.

5 Ways to Recover Debt Lawfully from an Individual or Organization 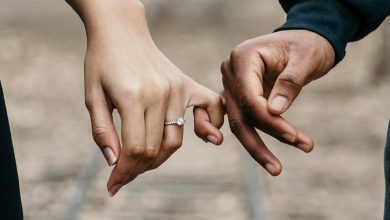 5 ways to prevent malaria this year