The Chairman of the All progressives Congress (APC), Rivers State Chapter, Chief Emeka Beke has disclosed that the flagbearer of the People’s Democratic Party (PDP) in the 2023 presidential election, Alhaji Atiku Abubakar would not win the required 25 per cent vote in the state. INDEPENDENT reports.

Chief Beke stated this during an interview with journalists in Port Harcourt, Rivers state capital on Thursday. Information Guide Nigeria

“What we are doing now is that we are going around the wards, units, everywhere to campaign and make our people understand the importance of good governance in the state.

“If you want to win elections you need to mobilize your people. So, first, the people should go and get their PVCs. That is the most important thing”. jamb result

“Then make them understand why they need to change from the present PDP government to the APC-led administration in the state come 2023 because Governor Nyesom Wike has failed Rivers people.

“Unemployment is very high in the state. The crime rate in the state is also high. And for investors to come and invest in Rivers State, the enabling environment has to be provided by the government.

“Many youths don’t have jobs. Rt. Hon. Rotimi Amaechi, as Governor then, built the Songhai farms that employed over ten thousand Rivers people. There was the fish farm in Buguma town that also employed people. Where are all of these projects today? They are gone.

“In the last seven years, no civil servant has been promoted in the state and you know that. Most of our retirees are crying for their pension arrears and gratuity to be paid and nobody is listening to them,” Beke alleged.

Speaking on the chances of the APC Presidential candidate, Asiwaju Bola Ahmed Tinubu winning the state in the 2023 general elections, Beke said that though Rt. Hon. Rotimi Amaechi did not emerge as the presidential standard-bearer of the APC, the party was already working to deliver the state for Tinubu.

“First, I am a party man and chairman of the party in this state for that matter. In life, you win or you lose. Someone buys a brand new car and it crashes.

“We tried our best, but we lost. And, as a party, we will stand with the candidate that emerged and will deliver Rivers for Tinubu. Wike and Atiku would be shocked because APC will take over Rivers State and retain the centre,” he added.

Asked how he was handling the factions in the party in the state, he said that was the first thing he did when he assumed office as the state party chairman.

“As soon as the APC came on board, we set up a reconciliation committee headed by a former member of the House of Representatives, Dr Dawari George and the committee is still working.

“We are reaching out to every member of the party that is aggrieved for whatever reason because the ultimate thing for us is to win election in Rivers State.

So, we are going to talk to everybody. Only one person will be governor, but there are other positions like the State House of Assembly, the House of Reps, Senate, and so on.

“We will do our best to make sure we reconcile Senator Magnus Abe and make his return to his family. But if he doesn’t want to come, you can’t force him, he is an adult.

“For now we are doing our best to make sure we reconcile every aggrieved member of this party because what is important to us is to win all elective positions in Rivers in the coming elections. That we will achieve by God’s grace, the State APC chairman stated.

Contents on this website may not be republished, reproduced, redistributed either in whole or in part without due permission or acknowledgment.
.
Proper acknowledgment includes, but not limited to (a) LINK BACK TO THE ARTICLE in the case of re-publication on online media, (b) Proper referencing in the case of usage in research, magazine, brochure, or academic purposes,.
.
All contents are protected by the Digital Millennium Copyright Act 1996 (DMCA).
.
We publish all contents with good intentions. If you own this content & believe your copyright was violated or infringed, please contact us at [infoguidenigeria@gmail.com] to file a complaint and we will take necessary actions immediately.
Tags
Alhaji Atiku Abubakar All Progressive Congress (APC) Chief Emeka Beke Political News 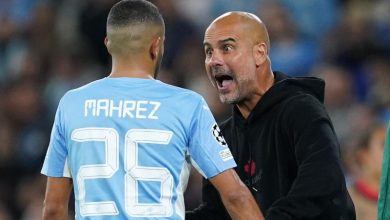 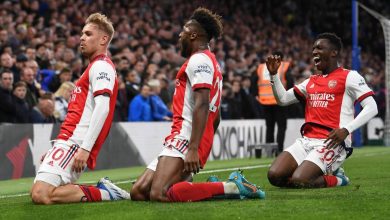 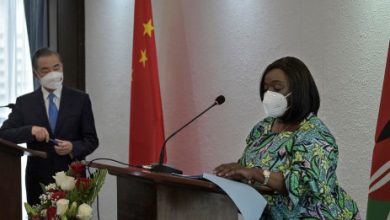 China Is Not Trapping Africa In Debt- Foreign Minister 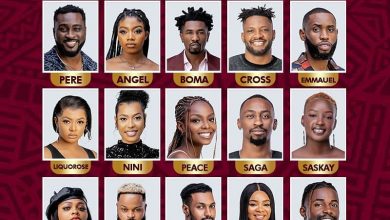 #BBNaija: All housemates Are Up for eviction Except These Two, See Why. New Head Of House Emerged.