Recent findings have revealed that the economy of Nigeria has not been stable, and as a result, the economy is not moving towards positive direction.

Just like how well-meaning Nigerians suggested for a sort of research with a view to discourage tax evasion and avoidance, as well as boost the economy of Nigeria, I will suggest that research work should be carried out regularly for the purpose of finding out what could be the causes of the unstable Nigeria’s economy, and to also make suggestion on the possible ways of boosting the economy of Nigeria. 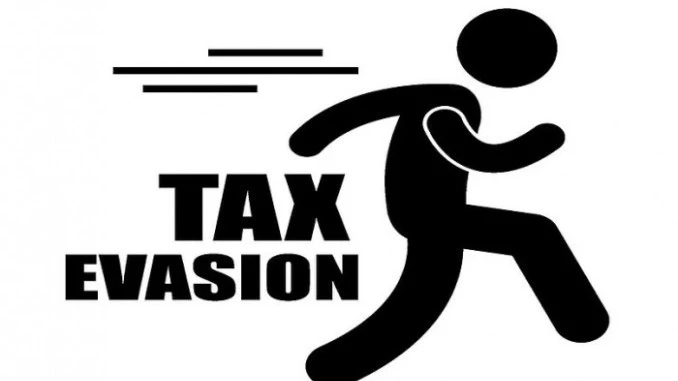 Tax avoidance is simply a situation, where citizens attempted to reduce part of their tax liability in such a way that it does not seems as if he or she is breaking the tax law.

Nevertheless, even though tax avoidance is contrary to the provision of the actual tax law, it has however, contributed to the law effects tax savings, as the tax payers obliged to pay at least less than what they suppose to pay in actual sense. Therefore, the act of avoiding paying of tax on the part of the Nigerian citizens is unpatriotic and anti social.

It is a practice considered to be illegal way to deduce citizens’ tax liability. There is no gainsaying that people are reluctant, when it comes to paying tax, but the problem lies on fact that, government has not living up to their expectations, at least, by educating the general public particularly, those who are living in the rural areas, because people will not be willing to do anything, except they understand the purpose and the reason for doing so.

CAUSES OF TAX EVASION AND AVOIDANCE IN NIGERIA

And in this article, I am going to explain some of those causes of tax evasion and avoidance and their effects to Nigerian Nation.

1. LACK OF PATRIOTISM CAUSES TAX EVASION AND AVOIDANCE IN NIGERIA

One of the causes of tax evasion and avoidance in Nigeria is lack of patriotism. That is a situation, where the citizens exhibited unpatriotic attitudes in carrying out their civic responsibilities.

Lack of patriotism is considered as an action taken by the citizens, which is against the obligation of responsible citizens. In this case, when the income returned by the citizens is incorrect, and again, when there is falsification of the statement of income.

In another case, it is when the citizens refused to pay their taxes correctly. By doing so, they have sabotaged the efforts of government in raising revenue through different means.

2. LACK OF BENEFITS TO BE RECEIVED BY THE CITIZENS CAUSES TAX EVASION AND AVOIDANCE

Sometimes, when the government failed in living up to its responsibility, it discouraged citizens to pay their taxes.

When the people sensed cheated by the government, such as being unsatisfied with programmes undertaken by the government, where there is no basic amenities, when the social welfare provided is inadequate among other things, there bound to be encouragement for tax evasion and avoidance.

Problems within the tax administration machinery is one of the causes of tax evasion and avoidance in Nigeria, such problems arises from the loopholes found in the provision of tax law, and sometimes such problems ranged from tax law, untrained man power, transportation issues and corrupt practices endulged by taxpayers.

EFFECTS OF TAX AVOIDANCE AND EVASION IN NIGERIA

I will also love to explain briefly the effects of tax evasion and avoidance in this article too, but my emphasis would be on the tax payers.

For tax evader, by avoiding his or her civic responsibility, that is refusing to pay tax, he or she is directly inflicting pains on himself, and such pains are psychological pains and physical pains. The reason is obvious. It is because they have failed to oblige to their civic responsibilities.

*  ENCOURAGES BRIBERY AND WASTE OF RESOURCES:

One of the effects of tax evasion and avoidance is that, it discouraged bribery, corruption and waste of resources. And this practice has affected the Nigerian economy negatively. In most cases, when a citizen being apprehended by tax collectors, he will be forced to give bribe in order to be freed by the tax agents. This is considered as waste of resources by the tax payers because he will still more than what is expected of him to pay.

Another effect of tax evasion and tax avoidance is that it will make the tax payers to pay more than what they suppose to pay, because the likelihood is that he or she will have to seek for the services of experts to advise them on how can avoid paying their taxes. Therefore, when a tax payer avoid to pay his or her tax, he or she does that to his or her detriment.

* HAS AN ADVERSE EFFECT ON THE ECONOMY:

I will suggest that research work should be carried out regularly for the purpose of finding out what could be the causes of the unstable Nigeria’s economy, and to also make suggestion on the possible ways of boosting the economy of Nigeria.

Contents on this website may not be republished, reproduced, redistributed either in whole or in part without due permission or acknowledgment.
.
Proper acknowledgment includes, but not limited to (a) LINK BACK TO THE ARTICLE in the case of re-publication on online media, (b) Proper referencing in the case of usage in research, magazine, brochure, or academic purposes,.
.
All contents are protected by the Digital Millennium Copyright Act 1996 (DMCA).
.
We publish all contents with good intentions. If you own this content & believe your copyright was violated or infringed, please contact us at [infoguidenigeria@gmail.com] to file a complaint and we will take necessary actions immediately.
Tags
Tax Taxation

7 effects of tax evasion on the Nigerian economy


How to Improve Tax Collection in Nigeria


Effects of Corruption on Nigeria Economy and the Way Forward


The Effects Of Corruption In Nigeria