There are numerous functions of the Nigerian Police Force. In this article, we discus only 5 of the functions which we see as the most important of all.

The world over, crime has been a subject of concern, a major one at that. Most of the modern societies have been seized by criminals, not even Nigeria is free of crime hence, the establishment of the Nigerian Police Force.

Since the establishment of the Police Force in Nigeria, the organization has played a major role in administrating justice in the Nigerian society. 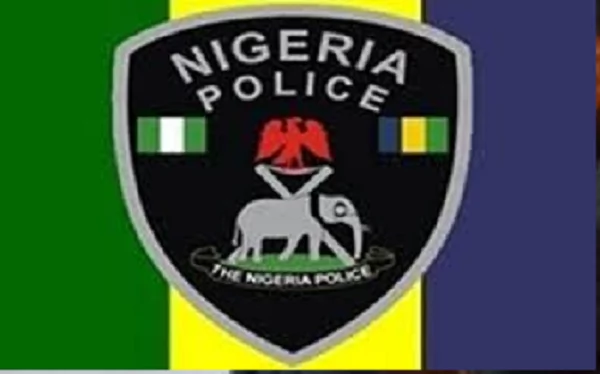 What Is Nigerian Police Force?

Police force is an organization put together by an act of law to ensure that there is preservation of order in the society and as well, enforce laws in the society.

Prevention and detection of crime in the society has been one of the statutory responsibilities of the Nigerian Police Force.

The Nigerian Constitution as clearly defines the functions of the Nigerian Police Force, as well as its powers and duties.

1. The Prevention And Detection Of Crimes

This is one of the statutory functions of the Nigerian Police Force. Suffice it to say that, Police Force in Nigeria, being one of the law enforcement agencies in the country, do place its  priority in the prevention and detection of crime.

This is important, given the fact that, crime must be combat seriously and deduce to its bearable minimum, since human is criminal inherent. The Nigerian Police Force believe that, to succeed in curbing crimes in the Nigerian society, priority must be placed in the nipping of crimes right from the bud instead of expending resources, time, energy, and efforts in fighting crimes at the periphery afterwards.

Deterrence remains one of the mechanisms employed by the Nigerian Police Force to ensure that, there is effectiveness in maintaining law and order in the Nigerian societies.

Moreso, in corresponding to the technology advancement, and the development in knowledge, the Nigerian Police Force has also invented mechanism and patterns to combat crimes perpetrated in the society as a result of advancement in technology.

Accordingly, because of insecurity of property  and that of peoples’ lives within the Nigerian society, and the steady increase in crimes, the Nigerian Police Force has enormous duties of being alive to its statutory responsibility and alert in ensuring that vital steps are  taken through formulation of realistic policies and strategies and technological mechanism to combat crime and get it suppress in order to ensure environmental safety. The Nigerian Police Force patrol teams are empowered to uncover criminal intentions before such intentions come to physical manifestation.

By so doing Nigerian Police Force can actually interpose with a view to prevent suspecting members of the public from committing such crime or offence thus, would prevent injury such crime would have cause to either peoples’ or public property.

2. Protection Of Lives And Properties

Simply by discharging policemen on duty guard. Policemen are posted to strategic places and locations, Police escorts are also dislodged to Banks. Orderlies are parted to top government functionaries and other important personalities in the society.

Don’t Miss: Police Torture in Nigeria; Is it Right or Wrong? Read here to Know your Right!

The Federal Republic of Nigeria constitution has empowered Nigerian Police to go on investigation of suspected properties acquired illegally. That is why Nigerian Police can go into any house or a shop, I mean any place to discover any stolen property and seize such property.

3. Preservation Of Law And Order

Nigerian Police Force is empowered through the instructions from  the presidency to ensure that, there is public order and safety within the Nigerian society.

The Nigerian Police carry out this function in a variety of ways. These include, law enforcement, as well as regulations, which govern all the unlawful assemblies. However,  public meetings are guaranteed by the Nigerian constitution, whereas public processions are also guaranteed by the 1979 public order decree.

Nevertheless, through regulations governing unlawful assemblies, safety and order are ensure through apprehending and prosecuting of  those who violate and/or attempt to cause civil unrest from such public gathering. In the preservation of this peace, Nigerian Police with its preventive powers has been able to achieved this in its function.

4. Due Enforcement Of Laws And Regulations

Law however, has forbidden the Nigerian Police of exceeding this statutory limitations of its powers. Some of the duties directly charged with the Nigerian Police are, to enforce laws that have to do with crime, and these laws are contained in the criminal law and penal codes. Others such laws are; Drug law, Traffic law, etc as contained in the subordinate criminal legislation Decree.

5. Performance Of Such Military Responsibility Required Of Police Force

Another function of the Nigerian Police is that, it undertakes some of the military responsibilities which may be required of the Police Force by law as part of its functions.

When asked to perform these duties in accordance with the provisions of law, these duties do entail services with the Nigerian armed forces as attached there-to, since police is acting under the command of the armed forces and is subject to its orders.

So apart from enforcing laws, the Nigerian Police Force is also obliged to perform the duty of the military, in most cases where  there is states of emergency. More so, the Nigerian policemen on sundry occasions, has been in the past ordered to serve in different peacekeeping campaign in the different nations.

I believe therefore, that, the Nigerian Police Force is one of the law enforcement agencies in the country that is highly specialized in preventing and suppressing crimes and criminal activities within the Nigerian society.

Contents on this website may not be republished, reproduced, redistributed either in whole or in part without due permission or acknowledgment.
.
Proper acknowledgment includes, but not limited to (a) LINK BACK TO THE ARTICLE in the case of re-publication on online media, (b) Proper referencing in the case of usage in research, magazine, brochure, or academic purposes,.
.
All contents are protected by the Digital Millennium Copyright Act 1996 (DMCA).
.
We publish all contents with good intentions. If you own this content & believe your copyright was violated or infringed, please contact us at [infoguidenigeria@gmail.com] to file a complaint and we will take necessary actions immediately.
Tags
Nigerian Police