We are going to discuss and proffer solutions on how To Stop Vote Buying In Nigeria. We hope you enjoy reading this informative and well-researched article.
Vote buying has continued to be a concern among other election malpractices in Nigeria. The truth is that, there is too much money and heavy spending in politics, and the effects of too much money in politics has helped in ruining Nigerian democracy.
Truth be told! The super-rich can actually spend so much money in elections, even some corporations have the audacity to spending nearly as much money as possible all for the purpose of promoting a political candidate or opposing some political candidates.
Read Also: 10 Agencies That Promote Citizenship Education In Nigeria
That is why, those individuals with too much money are the same people, who have more influence in the Nigerian political system than ordinary individuals.
And that goes to say that, the rich or the wealthy have more influence over who they want to run for elective office, they are the same people, who decide who wins the election, who losses election and who makes decisions in Nigerian politics.
No wonder politicians in this part of the world are more respectful and more beholden to the wealthy donors during election than ordinary individuals.
All this heavy spending on election has, in fact, drowns out all the voices of the regular individuals. One can see how big money in politics has caused the members of the public to lose their confidence in the political system of Nigeria.
As a result of this, participation in politics has begun to drop, while the Nigerian democracy is slowly eroded. Nigerians can as well, fight to empower the voices of regular citizens by way of campaigning for a political system that will allow small contributions to some candidates, who may not have or take funds from large and/or corporate donors.
Read Also: Why Do We Need Citizenship Education In Nigeria

What exactly can be done in order to limit the influence of money in politics? In trying to answer this question, there is a need for the problems to be carefully diagnosed.
Politicians need money to make sure they pay for advertising, which of course, is one of the largest expenditure when it comes to politics.
Since the electorates usually pay great attention to politicians running for offices, candidates, therefore, will need money to pass their messages to the general public.

1. Meaningful Contributions Must Be Limited

There should be strong, as well as, meaningful contribution limits, such that will help in preventing the well-to-do or the wealthy or the economically advantaged individuals’ special interests from trying to have undue control or influence on federal government, and state governments and local governments.
When a limit is placed on the amount of money, expected to be contributed for elections expenses, the influence of money in politics will also be limited.

2. Rules To Discourage Outside Groups Pending Heavily On Candidate’s Campaigns

There should be rules that will help in the shutting down of individual-candidate super PACs and also rules that will effectively help in the prevention of coordination between election candidates and outside groups.
Take for instance, should the super PACs be allowed to raise unlimited funds for election, and then also allowed to work very closely with the election candidates, the likelihood will be that, the candidates’ contribution limits will be undermined.
The emphasis is that such coordination between candidates, who are standing for election and outside groups should be discouraged to help limit funds raising and heavy spending in politics.
Read Also: Causes Of Vote Buying In Nigeria

3. Receiving Of Foreign Donations Must Be Restricted

Therefore, for Nigerians to protect their democracy, they have to make sure that, big money and heavy spending is taken out of politics.
There should be a constitutional amendment that allows Nigerians the power to limit the big money and heavy spending in politics.
Therefore relevant authorities should embark on a nationwide enlightenment effort to building awareness on how the Nigerian constitutional amendment can actually help in limiting the influence of money in politics.
Read Also: Vote buying In Nigerian Election; Causes, Effects, And Possible Solutions

5. Transparency Must Be Upheld In Political Spending

In political spending, transparency ought to be maintained. There is need to ensure that nobody is trying to influence Nigerians’ views in politics or trying to influence their representatives through heavy spending in politics. Nigerian electorates should be informed in this regard, because a well-informed electorate is in fact, a key to any healthy democracy.
Transparency in political spending should be upheld in Nigerian politics. When there is such transparency, Nigerians will be abreast with the fact that, whether or not their representatives are influenced by the so-called money bags, who spent heavily during an election, as well as,  gauging for themselves who and what is trying to influencing the decision of their representatives.
Maintaining transparency in political spending will help remove the Nigerian politicians from the pocket of the so-called moneyed interests. Let the electorates know the sources of campaign spending, irrespective of where the money is funnel from.

6. Politicians Must Be Held Accountable

Every politician should be held accountable, with enforceable penalties so as to stop heavy spending in politics. Laws actually are only as good in this country as they are enforced. In other words, Nigerian laws to this regard should be enforced.
I think the Independent National Electoral Commission INEC is quite dysfunctional and also increasingly failing to rein in violations of the Nigerian law.
I also believe that, this agency is empowered with the real authority to ensure that, it holds violators accountable for heavy spending in politics.
The Independent National Electoral Commission INEC supposed to be writing rules and regulations that are consistent with these laws.
Integrity must be returned in the Nigerian politics, Nigerian Elections Act should be again examined whether it conforms to this issue of limiting the influence of money in Nigerian politics.
This will, among every other thing, help in reducing the influence of money in politics, and will also give the Independent National Electoral Commission INEC the teeth that the agency needs to make sure that, it upholds the Nigerian public confidence in the integrity of the country’s campaign finance system.
Read Also: Practical Ways To Limit The Influence Of Money In Politics

All these heavy spendings on election has, in fact, drowns out all the voices of the regular individuals. One can see how big money in politics has caused the members of the public to lose their confidence in the political system of Nigeria. The above practical ways I have given are some of the ways to limit the influence of money in Nigerian politics. 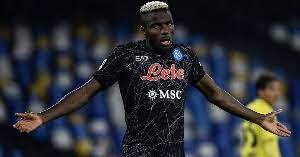 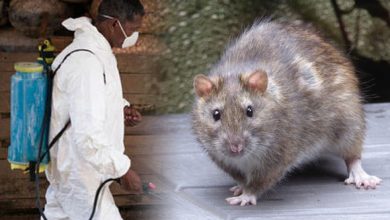