African continent over the years has played tremendous role in sustaining the world economy by the virtue of its natural resources and endowment, the crude oil and natural gas.

Nigeria, from the available record is the highest producers of crude oil. Though there are some challenges plaguing oil and gas industry in Nigeria for its inability to refine its petroleum products, apart from Nigeria being the African continent’s most endowed in crude oil, the country, Nigeria is not only the highest in oil production, but by the world ranking, Nigeria is the fifth in oil exploration the world over, produced about 2.5 million barrels of crude oil on daily basis.

Algeria, in 2010 had about 12.2 billion barrels crude as oil reserved, which was almost what the entire world produced in eighteen years. The state government of Algeria owned the biggest oil production company with about 1.9 million barrels of oil produced every day in Algeria.

Algeria by ranking is the African’s second highest producer of crude oil in the continent.

Angola has made a name in oil production, not only in Africa, but in the world over. Angola economy is sustained by their oil because it is the oil and gas that dominated Angola’s economy.

Angola is the third in oil production in Africa, and as well, the seventh highest oil producer in the world, according to record. That is why Angola has the largest foreign investment. As one of the most viable economy, Angola produces about 1.8 million barrels of crude oil each day.

There is huge foreign investment into the Libya oil industry hence, the country produces about 1.6 million barrels of oil daily, ranking the fourth highest oil producer in African continent.

This country is however; plagued with the problem of not being able to set in mechanism that refines its petroleum products. About 1.6 million barrels of oil are produced, while 1.2 million barrels are exported to other countries of the world.

Egypt ranked the fifth highest oil producer in Africa, owing to its oil rich regions that have over the years, received attention in investment as pipelines were laid to convey oil from this oil rich areas such as Gulf of Suez in Egypt to other places within the country.

Some of the oil rich areas in Egypt are; Gulf of Suez as already mentioned, Peninsula of Sinai, the Western and Eastern Desert in Egypt.

The investment, Gulf of Suez received, which is one of the oil rich areas in Egypt was as a result of its ranking in oil production, which was also considered as the highest support received by the Egypt national government for its economy sustainability. Egypt produces about 0.6 million barrels of crude oil per day.

Just like Nigeria, Sudan depends largely on the oil, and this has served as the Sudan’s greater economy adventure over the years. Inspite of the fact that the country of Sudan has been interrupted by civil wars for many years between the southern Sudan and the northern Sudan, which has divided the two as separate independent entities, the good news is that they have understood the important of oil to Sudan’s economy, that is why there is no interruption in oil production with the Sudan state hence, their production is about 0.5 million barrels per day, which has ranked them the sixth highest oil producer in Africa.

The main products that sustained the economy of Equatorial Guinea are oil. The country solely depended on oil for its economic activity with about three hundred and forty six thousand barrels of oil per day, which by ranking is the seventh highest oil producer in African continent. There is no gainsaying that Equatorial Guinea’s economy owes so much to crude oil, and its oil wells are in off shore.

8. The Republic of Congo

The Republic of Congo, by ranking is the eighth highest oil producer in Africa with over two hundred and seventy four thousand, four hundred barrels of oil each day.

The country, Republic of Congo has gotten its share of war over a period of long time that has almost collapse the country economic stability as a result of improved economy, occasioned by the interest showed by investors, who came into the country to invest their money in the Republic of Congo’s oil and gas sector.

Another country in Africa that depends solely on oil production to sustain its economy is the nation of Gabon. Oil production is what sustained the economy of this nation with about forty six percent of oil revenue accruing to the national government of Gabon, and in most cases, the same percentage account for Gabon’s government budget.

Oil production in Gabon has contributed to about forty three percent of Gabon’s Gross Domestic Product (GDP). What remains for exportation is about eighty one percent out of two hundred and forty seven thousand, seven hundred barrels the country produced per day.

The least in the top ten highest oil producing countries in Africa is South Africa, with about one hundred and ninety one thousand barrels of crude oil produced each day.

South Africa, as far as I know, is one of the richest African countries in the world, and I believed its richness does not owe much to oil production, some other products produced by the country might have owed to the South African socio-economic development.

With its position in oil production, South Africa, just like Nigeria being the highest oil producer in Africa, is still importing petroleum products, since its production capacity as of now does not guarantee the country to export oil.

How To Start A Photo Studio Business in Nigeria

15 Problems of Education in Nigeria and Possible Solutions 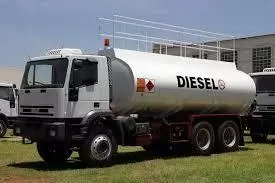 How to Start Diesel Business in Nigeria 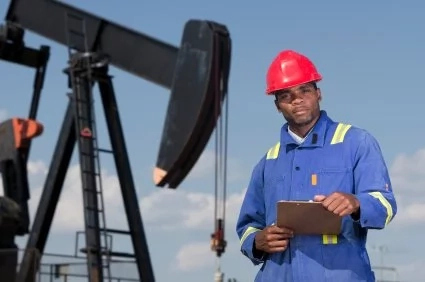 10 Hottest Professional Courses needed in the Oil and Gas Industry