See the 10 ways to prevent flooding In Nigeria. In recent times, flooding has been a thing of concern to the Nigerian government, particularly during rainy seasons as some of the urban cities are taken by flood.

Most times, houses, buildings are submerged, people’s properties are destroyed,. This is unfortunate. Someone may ask, what are the causes of flooding particularly, in urban cities?

The answer is simple, flooding is caused by heavy rainfall, flooding can be caused by dumping of refuse into drainages. 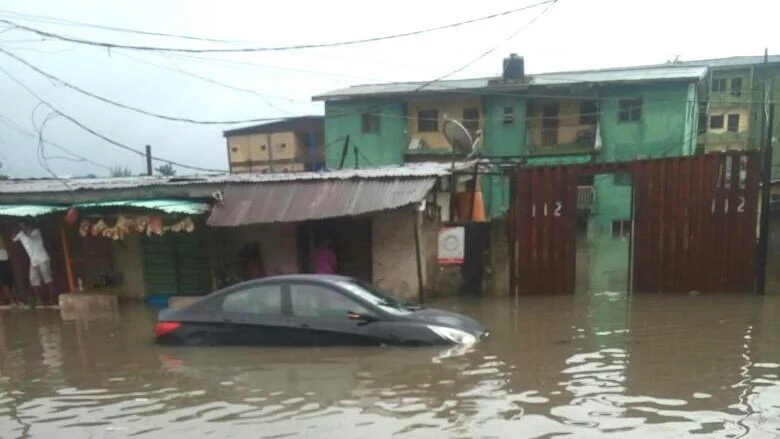 More so, if someone builds in the water way, the possibility is that he will block the water during rainfall thus, causing flooding. Sometimes, flooding is caused by hurricanes.

Read More: Problems and Prospects of Urbanization in Nigeria

In this post, we will answers some vital questions based on he following search queries.

Flooding is the excesses of water on the surface of the ground when it rains, normally, such lands are dry lands, except there is rainfall particularly, when there is small portion of land to absorb the water.

How To Prevent Flooding in Nigeria

Flooding can be prevented in many ways, but much more important is that while wanting to prevent flooding, the first thing that should come to the mind should be effective mitigation measures and proper planning.

You can prevent flooding when proper planning is taken into consideration. Much of these measures should be taken in areas that are prone to flooding.

And in this article, I will show you few ways on how to prevent flooding in Nigeria.

1. Flooding Can Be Prevented With Improved Drainage

Like I mentioned earlier, one of the causes of flooding is dumping refuse into drainages. With such fact in place, flooding therefore, can be prevented through improved drainage.

This type of measures could be taken in the urban cities, where there are many cases of flooding problems. The efficacy of drainage may be improved to control flooding.

How can this be done? This could be achieved firdtly, through rehabilitation of drainage system in the urban cities.

When drainage system is improved, it will ensure that waters find easy waterway, and get discharged into non residential areas, places that would not post any risk to urban dwellers.

2. Flooding Can Be Prevented By Building Dikes And Levees

Building of dikes and levees is one measure of preventing flooding in urban cities. One may wonder what is Dikes and Levees. These are structures built to control flooding.

Dikes is known as flood-control structures, as well as, levees. These structures are built to ensure that, they block and control river flooding, including water surges.

What these structures do, I mean, the dikes and levees is to block river water and restrain river any time there is flooding. The engineers, who built dikes and levees, provided man-made or artificial outfall drains, or what some persons called water channels.

What these artificial water channels do is to ensure that runoffs from bursting floodplains are prevented. That is important, because floodplains, as we all know, ordinarily, are natural waterways, and are designed to carry excess river water any time there is heavy down pour.

These Engineers, who built dikes did amazing thing while building this structures called dikes. They developed and altered floodplains by constructing dikes and levees with a view to boost flood-prevention.

Interestingly, flooding is controlled or prevented when once floodplains are well up.

3. Flooding Can Be Prevented By Building Canals

As one of the measure to prevent flooding, canals could be built. Canals are also artificial outfall drains or you may called them water channels.

Building of canals in an event to prevent flooding is very important, it is crucial in the sense that, canals helped in facilitating the control of water levels, that passed through it.

Canals also helped in forming reservoirs, a kind of linear reservoir, as well as water locks.

Any time there is flooding as a result of heavy rainfall,  what happened is that the canals will allowed excess water passed through them, and this water will be channeled down to areas that water will not post any risk to the dwellers, or sometimes to places where water is in high demand, and this include areas such as arid zones and/or semi-arid zones.

In more cases, canals can be used to prevent flooding in another way, this time, it can be used to lock water. Remember, I have said earlier that, in canals, linear reservoir are formed, therefore, this linear reservoir can hold excess flood water and store it there, in case, there a need of this water in the future hence, prevented flooding.

4. Flooding Can Be Prevented By Harvesting Rain Water

Some rural areas that do not have good source of drinking water, harvested rain water can be distributed to the people living in the rural areas, same is applicable to urban cities particularly, when there is  scarcity of water. How do you carry out the process of harvesting rain water?

There should be proper planning when building drainages in the urban cities in order to control and prevent flooding.

14 Most Popular Refrigerator and air conditioning companies in Nigeria

8 Functions of Emirs in the Northern Nigeria