It is very crucial and highly recommended that every child must undergo immunization in order to make it out alive and healthy as they get older. It is usually between the ages of nine months to eleven months that immunizations are highly advised to be carried out on children.

In this post I would be taking you on a journey through the problems of immunization in Nigeria, but first, I want to explain the meaning of immunization for those who may not be so conversant with the ‘immunization’ term.

Immunization can be said to be the process whereby a person is administered a vaccine to make them immune or resistant to an infectious disease.

Read Also: 10 Problems of Immunization in Nigeria and Possible Solutions

A vaccine is a biological preparation that provides active acquired immunity to a particular disease. A vaccine typically contains an agent that resembles a disease-causing microorganism and is often made from weakened or killed forms of the microbe, its toxins, or one of its surface proteins (https://en.wikipedia.org/wiki/Vaccine). Vaccines help to stimulate the immune system of a person in order to protect them from reoccurring infections and diseases.

The importance of immunization to a child cannot be overemphasized, it has served as proven tools used to control and eliminate life-threatening diseases such as measles, polio, and yellow-fever e.t.c

Immunization is the best health investment a mother can make in the life of her child as it has been proven to save lives of over a million children all around the world and therefore leading to a healthier childhood and easier motherhood.

1. Inaccurate Knowledge about the Function of Immunization

Misconception of immunization as to their preventive function poses a serious problem in Nigeria. A research conducted in six states in Nigeria in 2004 explains that some diseases that cannot be vaccinated against, such as cholera, malaria, epilepsy are believed by the locals that vaccination cures these kinds of diseases.

In March 2005, Katsina state, immunization nurses and organizers concluded that only polio immunization is more than enough to protect a child from all childhood diseases even those diseases which there are no vaccinations to.

The most people who are likely to have this false knowledge include illiterates, and those who do not have access to effective and well-informed health officials and facilities.

Read Also: 10 Reliable Ways to Protect Yourself from Infectious Diseases

The unavailability of effective storage facility is also a major problem of immunization in Nigeria. The cold chain has become quite ineffective and has been unable to be repaired, despite the fact that Nigeria has received large quantities of this equipment.

In some states in Nigeria, cold chain equipments are poorly stored or handled. Also, during the transportation of these vaccines from one place to another, some have been mishandled or improperly stored and has thereby reduced the potency of the vaccines which in turn can seriously affect a child’s health thereby confirming the fear of the locals that immunization kills children rather than protect them.

In some parts of the northern states, immunization is considered a sin against their belief. Muslim states have very little immunization coverage and the lowest on the list are the north-west states.

However, in the south, eastern and western states in Nigeria, there is a higher level of awareness about immunization but this is only restricted to the Christian areas as the Muslims in the west have even lower immunization coverage due their religious beliefs and poor education.

In Nigeria, there are several policies that affect the health sector. The poor coverage of immunization in the northern states can be traced to the inadequacy and ineffectiveness of the government officials to provide enough vaccines and immunization facilities to the locals.

At the state levels, there have been cases of frequent reshuffling of civil servant staffs and sometimes unqualified staffs are appointed to take over responsibilities meant to be handled by experts. These governmental policies do play a critical role that contributes to the problems of immunization in Nigeria.

One of the major problems facing immunization in Nigeria is the negative belief held by some religious individuals and some parents. A lot of people reject immunization because of the stories they hear from false rumors and incorrect facts.

The Muslims belief that immunization is an undercover plan instigated by the westerners to reduce the Muslim population, with this negative belief it becomes almost impossible for immunization to cover most part of the northern states such as Jigawa, Kano and Yobe states. This sort of negative understanding has resulted to a high deficiency of immunization coverage in the north.

Read Also: 10 Problems of Healthcare in Nigeria and Possible Solutions

Lack of confidence and belief in immunization is also a major problem. Most  mothers in Kano state, have no belief in immunization as they think it would result in a more severe side effect  and the fact that most of them belief that immunization cures all diseases and when this doesn’t turn out to be true it heightens their doubts, further making it  impossible to get their children immunized.

The main duty of the federal government is to provide the facilities needed to state and local government to carry a successful immunization program, apparently that hasn’t been the case so far, as the government has proven to be highly incompetent and disorganized in this department and as well other sectors of the Nigerian economy.

There have been cases of withheld funds, according to a research in 2002, the government did not give up any financial assistant to the health sector and in March 2003, the government had just only made it a budget that had not yet been approved.

The inability of the government to supply vaccines on time can lead to an outbreak of diseases and apparently this happens mostly in the north and a very few parts in the east and this I can say, is the core cause of the problems of immunization in Nigeria.

Also the nurses’ negative attitude towards work exhibited in their lateness to work has caused some mother to wait for an overbearing period of time thereby losing out on their pre-planned schedule especially for those mothers with a busy schedules and even at that, these nurses rarely or never apologize for their lateness or bad attitude.

Some mothers have also complained about the nurses’ rudeness to them when they arrive late, even sometimes they override the “first-come-first-serve” rule and begin with those they are more familiar with, thereby ignoring those that came around first.

These bad attitudes exhibited by the nurses have caused a gradual reduction in the population of women who would come around to get their child immunized.

9. Health of the Child

Sometimes the health of the child can be posing as a huge barrier that faces immunization in Nigeria. In a situation where a child is malnourished and sick, it becomes almost impossible to get such a child immunized especially when the child even becomes sick on the day he/she is supposed to get immunized.

The unavailability of a mother can disrupt the immunization process. The failure of a parent to present the child for immunization on the appointed day is also problem that faces immunization in Nigeria, this usually happens when such a parent is crippled with the fear that the vaccines provided are not safe enough for their child.

Lack of transportation fares or even lack of access to immunization centers especially for mothers living in the very rural areas where they have little or no access at all to the clinic poses as a problem.

The long waiting hours and inconvenient immunization hours also discourages most women from bringing their child in for immunization.

These problems can be sorted when the government decides to take the girdle of their responsibility a lot more serious and becomes effective about it; also, carrying out a mass campaign in the rural areas to educate the locals about the importance of immunization and its functions in the human body can help reduce the effects of the immunization barriers.

The release of funds should be done early enough to avoid outbreak of diseases and immunizations facilities should be provided and well-managed by competent and polite experts/staffs.

When these are imbibed and put in place, the problems of immunization in Nigeria can and would be at its barest minimum, but for now, the problems are flying haywire all over the country.

We work really hard and put a lot of effort and resources into our content, providing our readers with plagiarism-free articles, original and high-quality texts. Contents on this website may not be copied, republished, reproduced, redistributed either in whole or in part without due permission or acknowledgement. Proper acknowledgement include, but not limited to (a) Proper referencing in the case of usage in research, magazine, brochure, or academic purposes, (b)"FAIR USE" in the case of re-publication on online media. About possible consequences you can read here: What are the consequences of copyright infringement? In an effort to protect our intellectual properties, we may report your website to Google without prior notice and your website be removed from search engines and you may receive a strike. All contents are protected by the Digital Millennium Copyright Act 1996 (DMCA).
Tags
Immunization
Share
Facebook Twitter Google+ LinkedIn StumbleUpon Tumblr Pinterest Reddit VKontakte Odnoklassniki Pocket Share via Email Print 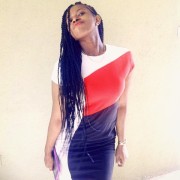 How to Transport a Ladder in a Pickup Truck or Van

9 Functions of the Nigerian Internet Group