Senator Orji Uzor Kalu has replied to the allegation by Barr. Ifeanyi Ejiofor, the counsel to Nnamdi Kanu wherein the lawyer said that Kalu violated the law by visiting the separatist leader in DSS custody.

According to Kalu, Ejiofor’s anger may be because he was not around to listen to their conversations. DAILY POST reports.

Recall that Ejiofor had presented a statement where he alleged that the lawmaker violated the court order by visiting his client in custody of the Department of State Services, DSS, in Abuja.

Kalu said he is very disappointed with Ejiofor adding that he was told that he was scheduled to visit Kanu but claimed that he violated the guidelines stipulated for visiting his client. jamb results

“I also read a report stating that I took pictures with Nnamdi and also tweeted same on my Twitter account”.

“For the records, the Department of State Services (DSS) did not break any protocol during my visit as I fulfilled all the requirements expected of me before I saw Nnamdi. The DSS affirmed that I cannot see Nnamdi without the application of his lawyers which I diligently did”. Information Guide Nigeria

“Probably, Barrister Ejiofor may have expected me to arrive at 4pm for a scheduled 2pm visit. What many people refer to as ‘African time’ is not my style. I strictly keep to time and it is a discipline I have upheld since my childhood.

“I arrived the DSS headquarters at 1:50 PM; went through the necessary protocols and met Nnamdi at 2:17 PM. I stayed with him until 2: 57 PM. Even though he asked that I stayed longer but I had to leave because of other engagements.

“During my visit to Nnamdi, I did not even take my mobile phone along and no photograph was taken. The photograph people are circulating was the one I took with him when I visited him at the Nigerian Correctional Service Medial Security Custodial Centre, Kuje in 2016 and later, his parents in 2017. My Twitter account has also been inactive.

“I don’t also know if Barrister Ejiofor is aware that Nnamdi is not under compulsion to see anyone. If he didn’t want to see me, he could have as well declined, but he was glad to see me and also expressed deep appreciations.

“Ejiofor’s anger seems to be borne out of vexation of not being around to listen to our conversations.”

Contents on this website may not be republished, reproduced, redistributed either in whole or in part without due permission or acknowledgment.
.
Proper acknowledgment includes, but not limited to (a) LINK BACK TO THE ARTICLE in the case of re-publication on online media, (b) Proper referencing in the case of usage in research, magazine, brochure, or academic purposes,.
.
All contents are protected by the Digital Millennium Copyright Act 1996 (DMCA).
.
We publish all contents with good intentions. If you own this content & believe your copyright was violated or infringed, please contact us at [infoguidenigeria@gmail.com] to file a complaint and we will take necessary actions immediately.
Tags
Barr. Ifeanyi Ejiofor Nnamdi Kanu Political News Senator Orji Kalu 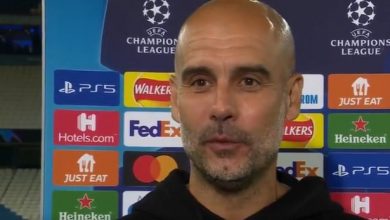 This Is How To Defend- Pep Guardiola Schools Man United 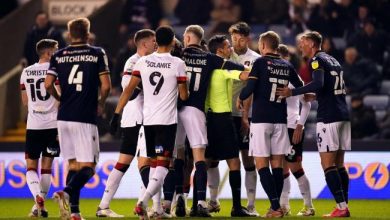 AFC Bournemouth have been fined by the FA following the game against Millwall. 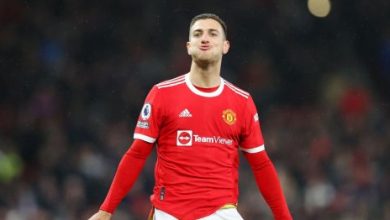 Diogo Dalot Sends Message to Maguire, Rashford, and Others Who Are Not Fighting 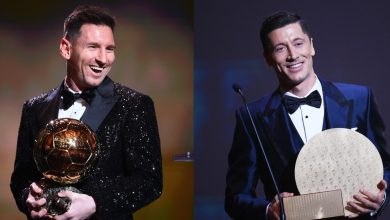