Adeyemi Nejo, a lawyer and African Democratic Congress candidate for the Ilaje/Ese-Odo Federal Constituency in Ondo State, discusses the state of the nation, the next general election, and other topical matters with PETER DADA.Information Guide Nigeria

People seem overwhelmed by the spate of insecurity, the harsh economy, and other problems in the country. What are your thoughts on these?

One of the reasons I’m going to the National Assembly is because this country isn’t obeying the rule of law in terms of security, economy, and what have you.

For instance, if you do business and you go to court, you get a judgment on time; nobody will come to cheat you tomorrow. People aren’t coming to this country to invest because they believe that there is no rule of law. This country’s problem is primarily one of rule of law. When there is a rule of law, forget about insecurity. Some people will commit crimes, you will take them to the police station, and someone will just come from nowhere and give the order that they should be released. What do you expect?

We learnt that you too were once in APC, why did you leave the party?

Yes, I was in APC but I left when I discovered that there was injustice in the party. For instance, why will the governor tell aspirants not to collect nomination forms because he has a preferred candidate? So, I discovered that there was great injustice, and I want to liberate my people from suffering. That is why I left APC to pursue my goal at ADC.

You will be facing the two major political parties in your area during the election. How do you hope to triumph?

If you look at my manifesto, I said genuine representation is what I will give to my people if elected. As a lawyer and not just a politician, I have something to do, and for a long time, I have been fighting against injustice in the entire Ondo State and Ilaje/Ese-Odo.

As I speak to you, I have also filed an action in the Federal High Court against the Niger Delta Development Commission, demanding that Ilaje produce the NDDC’s next managing director.

Look at what is happening in Ondo State about salaries. The deputy governor is from Ilaje but if you go there today, you will be sorry for the Ilaje people. Ilaje is the reason Ondo State is in the Niger Delta. Ilaje is the reason the state receives 13 per cent of its oil revenue. Look at the money they collected recently. As for the PDP, it was there for 10 years and nothing meaningful was done in Ilaje.

I am going to defeat the APC and PDP candidates; I am going to shock them because the people are ready. If someone has been there for 10 years and there are no tangible things to show, then you should know that he has to be changed. For APC, I don’t know what they have to tell the Ilaje people; for OSOPADEC, the 40 per cent of the 13 per cent derivation coming to Ondo State, they have nothing to show for it.

You allege there are many problems in the federal constituency; how would you correct these when you get there?

I have been instituting actions against the government to do the right thing for my people, and if I am there, the Ilaje/Ese-Odo people’s voices will be clearly heard. Look at what is happening in the coastal community of Ayetoro, by now, there is no IDP camp for the people of Ayetoro, and we said we have somebody representing us. If I am there, all these things will be done accordingly.JAMB portal

Are you worried about being rigged out on Election Day?

With the current amended electoral act, it won’t be easy, but at the same time, there is something they use now, which is money. They believe that by the time they give people N5,000 each, they will get their votes but I am working to make sure that the money isn’t allowed to be shared. I am not ready to give anybody money before they vote for me.

But you are aware that today’s elections are characterised by vote-buying; do you agree?

I have been telling people not to be deceived by their monetary inducements. When people go there through vote-buying, they will first and foremost recover the money they spent during the election before remembering their constituents.

Do you support the call for a part-time legislature?

It is the best method if we can adopt it. What are they doing there? That is the best thing to do; you won’t need to spend money before you get there, and in fact, people will beg to go to the House. Look at the money being spent at the National Assembly; it contributes to our problems. Look at the money the legislators are collecting without doing anything. Some of them don’t even go regularly to the house.

Look at what is happening in America. Even in South Africa. Zuma was sentenced to jail. If things like that happen in this country, we will surely get it right. The bad economy, banditry, kidnapping, and other vices are all products of a breach of the rule of law. Even journalists will do their work without fear if things are done the right way.NYSC portal

My advice to Nigerians this time around is that if they want to vote for anybody, look at their antecedents and pay attention to what they are saying about the rule of law.

When I travelled abroad, I saw the way people conducted themselves. I met a senator from Nigeria at an airport abroad and he carried his luggage himself. Can that happen in Nigeria? No! It happened because there is a rule of law in that country.

Look at our judges; if anybody has a case relating to a contract, the matter will be in court for years, especially if the person is poor. That is why I am going to the House as a lawyer. Let me go and contribute my quota to the National Assembly.

Today, people no longer go to court because the matter will be there for years and justice may not be achieved at the end of the day. Take the landlord-tenant issue to court; it will take 10 years, something that ordinarily shouldn’t take more than one month. So, I am going there, not to join the juicy committees but to represent my people and the whole of Nigeria.

Once we get the rule of law right, other things will fall into place. Do I need to go to court to file a case against NDDC when there is a law that says this thing should be rotated by the amount of oil it produces? But because there is no rule of law in this country, I had to institute an action.

Calls for restructuring of this country have been on for a while; what is your take on that?

ADC seems to not be functioning in Ondo State; can you tell us what the party is up to now?

ADC is not a new party in Nigeria or Ondo State. If you recall, we won a House of Representatives member seat in an Ondo federal constituency with someone who recently joined the All Progressives Congress, Honourable Abiola Makinde, who represents the Ondo East/West Federal Constituency. So, it’s not a new part, and we are doing fine. In the recent local government election conducted in Ondo State, ADC won some councillorship seats, which shows that it is not really a new party in the state and is doing well.

As you said, the person who won a Federal House of Representatives election under the platform of the ADC defected to the ruling APC when he got the House. How do you think the people and the party would trust you that if you win this election, you too wouldn’t do the same?JAMB Result

As I previously stated, if there is a true rule of law in this country, you cannot enter the National Assembly through one political party and then defect to another. Before you can defect to another party, there must be a crisis but this one just defected without the party having a crisis, which still bothers on the lack of rule of law.

People do things the way they want because there is no law. 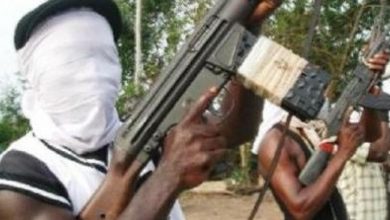 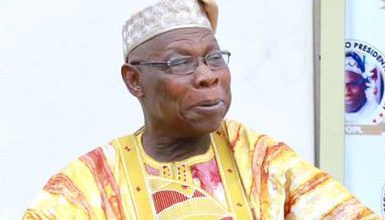 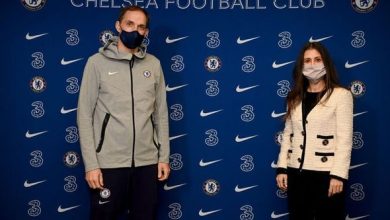 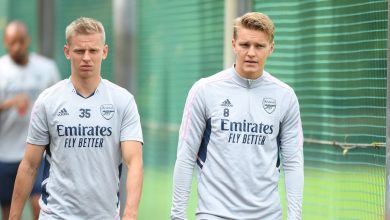 Arsenal given quadruple injury boost ahead of North London Derby