Language is a cognitive system that is clearly biologically represented in the brain and as we all know the brain is the center of the man himself and language a very primary source of man’s humanity is very powerful and necessary just like the brain itself.

The power of language is clearly illustrated in the bible scenario of the tower of Babel when some individuals purported to create a tower that would be so high that it could ascend to heaven so they could be like God.

God in his supreme knowledge perceived the power of language and chose to create different languages at that point in time so as to create a confusion amongst them.

The discord and confusion that resulted afterwards displays a huge significance of the power of language. The beauty of what God did is evident in the numerous languages we have all over the world.
Language is a dialect that individuals use easily to identify themselves. If you go to an unfamiliar place and you hear someone speak your language, you suddenly feel some bit of comfort because you are not alone, there is someone of the same origin with you present.

In Nigeria, we are surrounded with over a hundred languages and in some states, they are over ten languages. In the midst of this diversity, your language easily reveals your identity.

This post discusses the language of the Assiga people. The people of Assiga village are part of the clans from the Yakurr community and all the villages under this community speak one language which is ‘Lokaa’. Lokaa means ‘my people’.

The language was discovered by these men R. Hansford, Bendor Samuel J. and Stanford R. The language is of the Bantu linguistic classification of a group of a bunch of closely related languages spoken in the linguistic boundary known as the Bantu line.

The Bantu line runs from the South-eastern area of Nigeria through Central and Eastern Africa to Southern Africa. However, some other sources the Bantu are a related linguistic group of people that are believed to have been founded from the Eastern fringes of the West African zone possibly in the Benue river close to Cameroon. Different people have shared their concerns about the Bantu linguistic group with most having misconceived ideas that they are a racial classification which it clearly is not.
The number of people speaking a particular language gives that language a powerful hedge over some other languages.

The number of people a language is particularly appropriated to gives the language either a status as a majority language or a minority language, let me give a quick example to back this assertion:

There are various number of languages spoken in Cross river state but Efik is considered the lingua franca of the state due to the large number of people that speak the language and its not a surprise at all. One of the previous censuses carried out displays that there are close to a million people living in Yakurr local government.

If you take a look at that statistical analysis you can imagine the number of people that actually speak the language are about 500,000 or over.

This incredible statistic show that the ‘ Lokaa’ language is definitely a language that enjoys majority status as far as the state of Cross river is concerned.

Analysts and statisticians have said that the ‘Lokaa’ language is the second most spoken language in Cross river state. Due to the popularity and vast usage of the language, it was also recommended that a Bible with full Lokaa translation be also made available for the people of the Yakurr Local Government as Christianity is the dominant religion in the region.

This language has cut across almost every sector of life in the Local Government area and has been essential for a considerable amount of reasons.

If you visit a typical Ugep or Ekori market in the region, you would discover that this is a major medium of communication between buyers and sellers although English is also spoken, this has rather taken a huge role as an easier means of communication.

In political rallies also conducted within the regions, Lokaa is the major language spoken as it depicts the political aspirant as a true son of the soil. Anyways why would you want to aspire for a political position if you are not able to speak the language of the people who you wish to rule.

How would the illiterates and lowest of classes be able to communicate their views effectively and trust me having an interpreter won’t bail you out of this one.

Those are some of the key instances where knowledge of the Lokaa language is necessary. However there has been a decline in the value of languages in modern day.

The Cross river state government is also considering making orthologies of the various languages within the state as a means of of preserving the value of indigenous languages and I believe it’s laudable.

The problem in the modern generation however is that parents are no longer keen on teaching their kids their mother tongues as they believe it’s not relevant since English is the official language of the federation.

I am definitely proud of my language, I can’t shout *lol*, even though I can’t speak it sha, which is a part am working on gradually but I understand to a large extent, I’m not exactly proud of myself though but I believe that should count.

This is no fault of my parents though as they tried their best but I didn’t feel it was that important but as have grown older, life has taught me the importance of being able to speak your mother tongue because the truth is as much as English is our official language, it doesn’t change the fact that it was imposed on us and it doesn’t showcase your tribe.

So if you are proud of where you are from, speak your language more often and if you can’t speak, well it’s never too late to learn.

How to Start Bottle Water Business in Nigeria 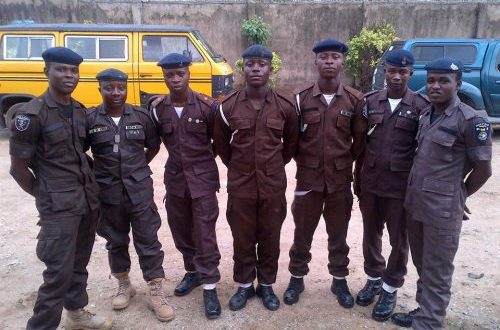 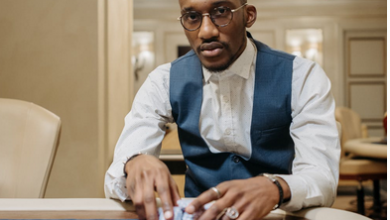