UNIBEN Post UTME past questions for accounting – 100% FREE. Are you an Accounting student aspirant in UNIBEN? if yes, see the 100% FREE UNIBEN Post UTME Past Questions and answers here. These past questions are suitable for SOCIAL SCIENCE, ACCOUNTING, ECO-START, GEOGRAPHY AND REGIONAL PLANNING, BUSINESS ADMINISTRATION, SOCIOLOGY, POLITICAL SCIENCE, BANKING AND FINANCE courses.

From the words Lettered A to D below, choose the word or group of words that is nearest in meaning to the underlined word as it is used in the sentence

Read the passage below

There can be no doubt that to educate a child in a language which is not that of either of his parents tends to alienate him from his parents; to educate him in a language which is not one of the indigenous languages of the country tends to alienate him from the couture of country. If he grows up with one language for the school-room he may well develop a kind of dual personality, one side of which is being developed by the ideas which he encounters and the training he receives in school is scaled off in a kind of polythene bag from the side which makes the everyday social, cultural and moral decisions. In such a situation very often the child whom would respond creatively to his own situation does not do so well at school as the clever parrot. Education through the medium of foreign languages may encourage a kind of opportunism which is not prepared to give back an unselfish service to the community. Teachers in all the English medium universities and colleges which have been strutted or developed in the newly independent parts of the British Commonwealth have had to contend with their problem and from the main force of the argument for education in the vernacular derive.

In the question following, choose the expression or word which best complete each sentence

(d) on with one another

(c) a sparkle of hope (d)a raise of hope

Read this passage, and answer the questions that follow

Primitive men were probably more concerned with fire as a source of warmth and as means of cooking food than as a source of light. Before he discovered less laborious ways of making fire, he has to preserved it, and when ever he went on a journey he carried a fire brand with him. His discovering that the firebrand, from which the torch may well developed, could be used for illumination was probably incidental to the primary purpose of preserving a flame. Camps, too, probably developed by accident. Early man may have had his first conception of a lamp while watching a twig of fibre burning in the molten fat dropped from roasting carcass. All he had to do was to fashion a vessel to contain fat and float a lighted reed in it, such lamps, which were made of hollowed stone or sea shells, have persisted in identical form up to quite recent times.

(b) the cost of production falls (c) government policy is unfavourable

(a) presence of resurgence (b) absence of surface drainage

You can see we only published the UNIBEN post utme past questions for only the 2011/2012 session. Hope that was helpful. If you need complete years, kindly buy here. 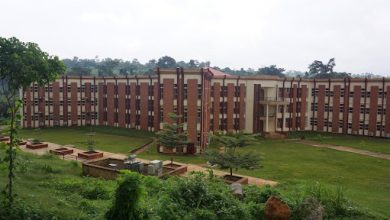 Jamb CBT Past Question and Answer