Ibadan, popularly referred to as the city of brown roofs, embodies an ample mix of history and modern adventure that presents both indigenes and foreigners a huge wealth of experience. Aside from its peaceful ambience and serene nature, Ibadan is a famous and great city in Nigeria.

It is home to many commercial establishments and business organizations and the city is continuously expanding. If you have been looking for reasons why you should visit the city of Ibadan, below are five reasons:

1. Ibadan is the third cheapest city to live in Nigeria

According to a recent study carried out in Nigeria, it was discovered that Ibadan is the third cheapest city to live in after Ikot Ekpene and Aba.

The standard of living in Ibadan is generally low and as such, people can live conveniently on a salary of N50,000.

Unlike in Lagos State where people spend a lot of money commuting to work daily, the cost of transportation in Ibadan is unbelievably affordable.

Commuters pay as low as N50 to get to a far destination, a situation which is not possible in Lagos and many other states.

2. Ibadan is home to very affordable luxury hotels in Nigeria

The city of Ibadan has a plethora of affordable hotels ranging from luxury five star hotels to regular hotels. The room rates of hotels in Ibadan are unbelievably affordable when compared to hotels in Lagos. For instance,

3. Ibadan has a place in the history of Africa

Historically, the city of Ibadan is a place to be reckoned with. It is notable for being the largest city in West Africa.

Asides its large land mass, it also houses the first sky scrapper in the whole of Africa. Cocoa House, a building towering above a height of 100metres is the first tall urban building in the African continent.

Formerly referred to as “Ile Awon Agbe” (meaning house of farmers), the modest 24 storey high-rise building is a major landmark in Ibadan.

Furthermore, during the middle of the eighteenth century, Ibadan rose to prominence as the presiding military power house in southwest Nigeria.

4. The people of Ibadan are very hospitable

The people of Ibadan are one of the most hospitable people in Nigeria. They are usually warm and cordial to people and they receive guests with open hands.

As such, if you are looking for a new place to go on tourism in Nigeria, you will never go wrong with Ibadan.

To a large extent, the Ibadan spirit of hospitality has everyone stuck there. People live harmoniously with each other with quarrels hardly ever arising.

5. Ibadan is home to the tastiest indigenous meals in Southwestern Nigeria

The Ibadan people are notable for being the best at preparing “amala and ewudu”, one of the most popular Yoruba meal. Amala and Ewedu is a very important meal in southwest Nigeria.

In fact, it is often described as one of the tourist attractions found in the city of Ibadan. It is a super spicy delicacy that is served in all traditional functions in the city.

One of the major benefits of this meal is its very healthy nature. Nutritionists assert that the combination of Amala and Ewedu contains vitamins, minerals and fiber that will protect the body from degenerative terminal diseases.

In summary, Amala and Ewedu is a “super” meal. Words are not enough to describe how amazing this meal taste.

I will suggest you book the next flight or board the next bus and head to the city of Ibadan to have a feel of this super meal yourself.

Contents on this website may not be republished, reproduced, redistributed either in whole or in part without due permission or acknowledgment.
.
Proper acknowledgment includes, but not limited to (a) LINK BACK TO THE ARTICLE in the case of re-publication on online media, (b) Proper referencing in the case of usage in research, magazine, brochure, or academic purposes,.
.
All contents are protected by the Digital Millennium Copyright Act 1996 (DMCA).
.
We publish all contents with good intentions. If you own this content & believe your copyright was violated or infringed, please contact us at [infoguidenigeria@gmail.com] to file a complaint and we will take necessary actions immediately.
Tags
Ibadan Travel Ideas Travel in Nigeria 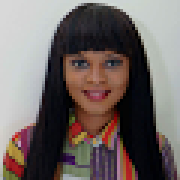 Sandra is a savvy media and communication professional with special interest in content marketing. Overtime, she has mastered the art of writing "killer content" for web use. InfoGuide Nigeria is a team of Resource Persons and Consultants led by Ifiokobong Ibanga. Page maintained by Ifiokobong Ibanga. If you need a personal assistance on this topic, kindly contact us.

How to Make Yogurt in Nigeria