The Nigerian Air Force is the air arm of the Nigerian Armed Forces. With a total of about 10,000 personnel, it is one of the largest in Africa.

It is made up of five commands namely: Tactical Air Command in Makurdi, Special Operations Command in Bauchi, Mobility Command in Yenagoa, Training Command in Kaduna and Logistics Command in Lagos.

The Nigerian Air Force was founded in 1964 with the passage of the Air Force Act in 1964 by the National Assembly with the following mandates:

1. To fully compliment the military defence system of the Nigerian Armed Forces both in the air and on the ground.

2. To ensure prompt mobility of personnel of the armed forces when needed

3. To closely support the ground and sea borne military operations in all phases and ensure the territorial integrity of the Federal Republic of Nigeria.

4. To give Nigeria the prestige of an independent Air Force which is greatly important in international affairs.

While this was going on, efforts were being made by the Nigerian Government to commence local training of its personnel and the German Air Force agreed to help train personnel in Nigeria. The Air Force in its infancy was faced with the Civil War which ended in 1970.

Thereafter, the government tried to re-organize the force by procuring more aircrafts and training more personnel in many more fields in the Force.

The re-organization got to its peak with the promulgation of the Armed Forces Amendment Decree on 23rd August 1984. This promulgation provided additional functions to the Nigerian Air Force which include:

1. To enforce and facilitate the enforcement of international laws, conventions. Practices and customs ascribed and approved by Nigeria in relation to aerial or space activities in the Nigerian airspace.

2. To coordinate and enforce all national or international laws acceded or ascribed to by Nigeria.

3. To de-lineate, demarcate and coordinate all aerial surveys and security zones of the Nigerian airspace.

Ranks And Their Symbols

All the ranks originated from the royal Air Force in Britain and are still used by British colony countries especially the Common Wealth Nations.

They are also used to interpret ranks in the Air Forces of countries where English is not the official language. The following are the ranks of the Nigeria Air Force with their symbols in descending order of seniority.

1. Marshal of the Air Force

Is a five-star rank. It is the most senior rank in the Nigerian Air Force which has never been attained by any officer.

It is the only rank that has a symbol completely different from any other rank. It is equivalent to the rank of Admiral of the Fleet in the Navy and Field Marshal in the Army.

This is a three-star Air Force rank. It is the highest rank ever attained in the countries Air Force so all past Chiefs of Air Staff and the present have this rank or lower as the highest. It is equivalent to the rank of Vice Admiral in the Navy and Lieutenant General in the Army.

This is a two-star rank of the Air Force next to the Air Marshal rank. It is equivalent to the rank of Rear Admiral in the Navy and Major General in the Army.

This is a one-star rank and the most junior General rank of the Air Force next to Air Vice Marshal. It is equivalent to the rank of Commodore in the Navy and Brigadier General in the Army.

Is the rank next to the Group Captain. It is equivalent to Commander in the Navy and Lieutenant Colonel in the Army.

I the rank next to Wing Commander. It is equivalent to the rank of Lieutenant Commander in the Navy and Major in the Army.

This is the is a Junior commissioned officer rank of the Air Force. Equivalent to Lieutenant in the Navy and Captain in the Army.

This is the most junior commissioned officer rank. It is also the rank attained by newly commissioned regular cadets upon commissioning. Equivalent to Midshipman in the Navy and Second Lieutenant in the Army.

In descending order of seniority 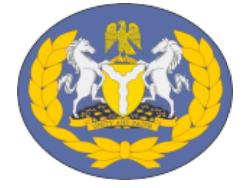 2. Master Warrant Officer. Same as in Navy and Army 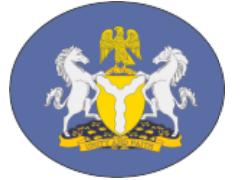 3. Warrant Officer. Same as in Navy and Army 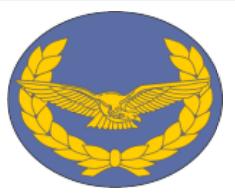 4. Pilot Sergeant. Same as Petty Officer in the Navy and Staff Sergeant in the Army. 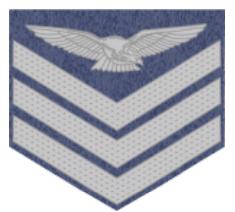 5. Sergeant: Same as Leading Seaman in the Navy and Sergeant in the Army. 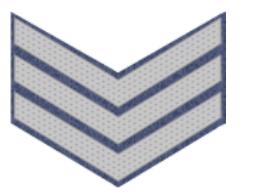 6. Corporal: Same as Able Seaman in the Navy and Corporal in the Army. 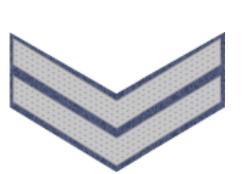 8. Air Craftman/Woman. Same as Ordinary Seaman in the Navy and Private in the Army.

9. Same as Trainee in the Navy and Recruit in the Army.

We work really hard and put a lot of effort and resources into our content, providing our readers with plagiarism-free articles, original and high-quality texts. Contents on this website may not be copied, republished, reproduced, redistributed either in whole or in part without due permission or acknowledgement. Proper acknowledgement include, but not limited to (a) Proper referencing in the case of usage in research, magazine, brochure, or academic purposes, (b)"FAIR USE" in the case of re-publication on online media. About possible consequences you can read here: What are the consequences of copyright infringement? In an effort to protect our intellectual properties, we may report your website to Google without prior notice and your website be removed from search engines and you may receive a strike. All contents are protected by the Digital Millennium Copyright Act 1996 (DMCA).
Tags
Nigerian Air force
Share
Facebook Twitter Google+ LinkedIn StumbleUpon Tumblr Pinterest Reddit VKontakte Odnoklassniki Pocket Share via Email Print

How To Get Russian Visa In Nigeria

Top 15 Richest Footballers In Nigeria And Their Net Worth