This was to enable Nigeria transport its own troops without relying of the Air Force of other countries. In 1962, the government made the first move to create the force but it wasn’t created until several Nigerians embarked on training in different countries to become officers between 1962 and 1964.

In 1964, the Air Force become fully functional under the Federal Government Act. In-country training later commenced which started the training of officers of the Air force within the country.

The same Air force became useful during the Civil War from 1967 to 1970 although it was not yet strong. After the war, the government decided to re-organise the force by buying more aircrafts and diversifying the fields of training for officers and men of the force.

Since then, the Nigerian Air force has achieved a lot in its roles of flying troops into and out of the country, logistics supply to troops on operations and air combats notably with the Boko Haram insurgents.

Ranks and salaries of the Nigerian Air Force

The salaries of officers and men of the Nigerian Air force like any other organization is determined by the Grade Level and Step which is responsible for the range of the salary.

Most people try to compare the salaries of the three arms of the Nigerian Armed Forces either to decide which of them to join or just for fun.

Below is the list of ranks of the Nigerian Air force and their respective salaries in ascending order of seniority. These Salaries are based on the Consolidated Armed Forces Salary Structure (CONAFSS), which applies to the Army and Navy as well. Below is the details showing the minimum and maximum annual income of all Air Force ranks in Nigeria.

This is the lowest rank in the Air Force. As the name entails, it is the rank of those still under training to become Aircraftmen or women. A person of this rank earns minimum of ₦122,848 and maximum of ₦122,848 per annum.

This is the lowest rank in the Air Force and trainees are placed on this rank after they complete training. An Aircraftman or woman earns from ₦592,953 to ₦639,990 in a year.

Lance Corporal is the second rank of the Air Force superior to Aircraftman/woman. A Lance Corporal earns from ₦603,918 to ₦661,732 yearly.

This is the third rank of the NCOs and senior to the Lance Corporal. Personnel of this rank earn between ₦623,763 and ₦693,426 per year.

The Sergeant is a senior non-commissioned rank of the Air Force. It is a mid-rank of the NCOs and a Sergeant has an annual salary of ₦677,319 to ₦809,327.

This is the lowest rank in the commissioned cadre. Cadets are commissioned into this rank on completion of their training. A Pilot Officer has an annual salary of ₦2,077,875 to ₦2245909.

This is the second commissioned rank and is the rank officers of the Direct Short Service are commissioned into on completion of training. Flying Officer earns ₦2255911 to ₦2620801 per annum.

The flight Lieutenant is the third rank of the officer cadre. It is the highest junior officer rank next to Squadron Leader. An officer of this rank earns ₦2404037 to ₦2789818 as annual salary.

Squadron Leader is a senior rank in the commissioned cadre. It is next to Wing Commander and superior to Flight Lieutenant. A Squadron leader earns ₦2,558,954 to ₦2,976,052 as his annual salary.

The Wing Commander is a senior Air Force rank next to Group Captain. It comes midway between the junior and senior officer ranks. A Wing Commander earns from ₦3390886 to ₦3895033 as his annual salary.

The Air Vice-Marshal is the third highest rank of the force and the first Marshal rank. An officer of this rank earns ₦12038945 to ₦16516124 as annual salary.

This is the second highest rank of the Air Force and the highest ever attained. An officer of Air Marshal Rank has an annual salary of ₦13,363,229 to ₦17,837,414 per annum. All past and present Chiefs of Air Staff have this rank as the highest any of them has ever attained.

Air Chief Marshal is the highest rank of the Air Force and interestingly, this rank has never been attained by any officer serving or retired.

An officer of this rank automatically becomes the head of the Air Force as is obtainable in the para military agencies but it has never been recorded.

This is all the information about the earnings of Air Force personnel. You can add any information you think is missing. Thanks for reading.

Contents on this website may not be republished, reproduced, redistributed either in whole or in part without due permission or acknowledgment.
.
Proper acknowledgment includes, but not limited to (a) LINK BACK TO THE ARTICLE in the case of re-publication on online media, (b) Proper referencing in the case of usage in research, magazine, brochure, or academic purposes,.
.
All contents are protected by the Digital Millennium Copyright Act 1996 (DMCA).
.
We publish all contents with good intentions. If you own this content & believe your copyright was violated or infringed, please contact us at [infoguidenigeria@gmail.com] to file a complaint and we will take necessary actions immediately.
Tags
Nigerian Air force

How to Become a Fashion Model in Nigeria

Nigerian Army Ranks and their Salaries 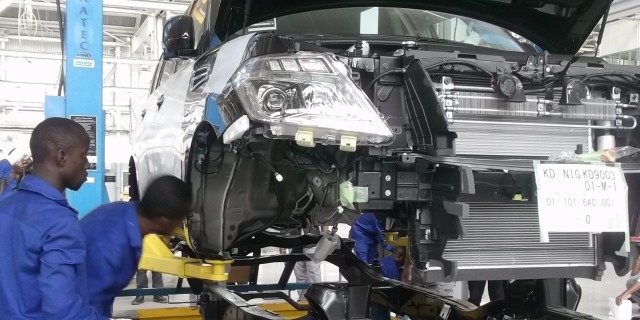 How to Become an Automobile Engineer in Nigeria