Nigerians are doing well, l mean extraordinary well abroad, doing quite remarkable things over there in different areas, and bits, and talents.

Most Successful Nigerians, Who Are Living Abroad:

Below is the list of 10 most successful Nigerians living abroad. Akinwunmi Adeshina had served as the president, African Development Bank. An amazing position he had earned because of his record as an outstanding public servant.

He graduated from the University of Ife, now the Obafemi Awolowo University. Adeshina was one time served the nation as Nigeria’s Minister of agriculture.

His tenure as a minister had helped in the revolutionization of the Agriculture sector in the country. He creatively brought about a transparent process in Nigeria’s agriculture sector. This woman, Arunma Oteh had served as the vice president and also treasurer of the World Bank. She is known for having the courage to sanitize Nigeria’s capital market while serving as the Director-General of the Securities & Exchange Commission SEC.

Oteh graduated from the University of Nsukka. She had stints with some organizations and institutions such as the African Development Bank, and Harvard Institute of International Development, as well as, Centre Point Investments Limited, Nigeria before Late President Umaru Musa Yar’adua appointed her as the SEC DG. Mohammed Barkinko was appointed as the secretary-general of the Organisation of Petroleum Exporting Countries OPEC.

The appointment did not come to him as a surprise, nor was it a surprise to the industry experts, why? The reason is obvious!

Mr. Barkindo was and still a key stakeholder in international oil politics. He had served as the special assistant to Late Rilwan Lukman, and also as a secretary general of OPEC.

Besides his rich history in the oil and gas sector, Barkindo also had experience in the banking sector and that of the international trading companies.

Babs Omotowa was appointed by Shell International as the Global Vice President (S&E). Omotowa had served as the managing director and chief executive officer of NLNG.

He had worked assiduously during his tenure and was answerable to the upstream director across Shell’s conventional, and unconventional, including deepwater global businesses. 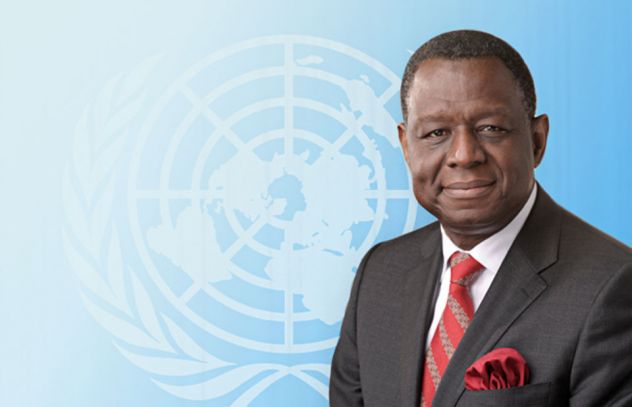 Babatunde Osotimehin is from Ogun state and had served as the Executive Director of United Nations Population Fund (UNFPA), for two terms. Before he was appointed to head UNFPA, Osotimehin had served the country as Nigeria’s minister of health during Late President Umaru Musa Yar’adua tenure.

Before he took the appointment as a minister, Osotimehin was the Director-General of the National Action Committee on AIDS NACA and had achieved great success in that office.

Babington-Ashaye had served as the head of the Global Shapers Community and also a director at the World Economic Forum.

As a Chartered Accountant (ACCA), he had served as a member, Financial Management Programme in the financial services unit of the American conglomerate General Electric – GE Capital.

He had also worked for the former minister of finance, Mrs. Okojo Iweala, as a technical advisor for economic growth.

While serving under Iweala, he had worked to ensure that, the integration of economic data and information, in respect to the decision-making process, which subsequently culminated into the state of the nation development reports guided the policy priorities.

David Oyelowo is known as a Selma actor and black James Bond, born to Yoruba parents in London, England. At an early age say, about 20, David has already had a very successful career on the London stage.

He had his formal training with the London Academy of Drama and Music Art. He had featured in many TV shows and movies, for example, Spooks, and The Butler, and The Passion of the Christ, as well as, the Martin Luther King Jr. biopic. Oluchi Onweagba-Orlandi had won the Nokia Face of Africa competition in 1998. The black beauty, as she fondly called had graced the covers of Italian Vogue and that of ELLE, with features in Nylon, and Marie Clair, including Allure magazines.

She remained one model of her generation that is most sought after, and she is managing new and upcoming talents through her agency called, ‘OModels’ in South Africa. 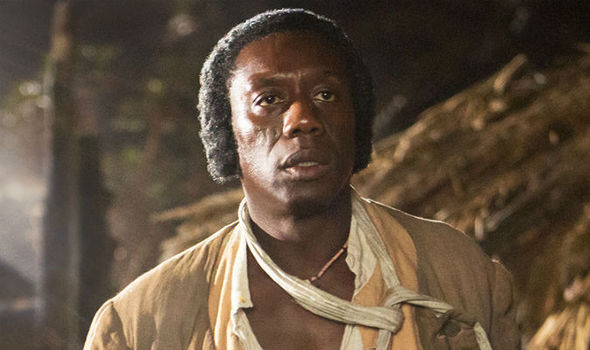 Hakeem’s early life was spent in Lagos, Nigeria before he finally left for London for training in the Briston Old Vic Theatre School.

He had acted in a range of well-known movies such as the thrilling Hotel Rwanda, and Pirates of the Carribean: At World’s End and also X-Men Origins: Wolverine.

His distinct voice can be recognized from Call of Duty 3 and Halo 3 video games among other ones.

This phenomenal Nigerian talent, Biyi Bamidele, has had a privilege of working with John Boyega. Biyi is known as an internationally acclaimed novelist, and he is also a film director.

Biyi has earned many international awards to his credit. He is well known as the director of Half of A Yellow Sun and also the Mo Abudu production.

Biyi Bamidele had spent  his early years in Kaduna, and Lagos and also in Ile-Ife before he decided to finally move to the United Kingdom in order to kickstart his career.

Read Also: Top 20 Richest Musicians in the World and their Net Worth

The Oba of Benin Kingdom; Biography, Education, Investments and Ideologies