In this post, we will look at the state of electricity in Nigeria. Here we will focus on the problems and causes of poor power supply as well as possible solutions to this menace.

One of the major problems facing Nigeria as a nation is a poor power supply. Most analysts have even gone ahead to put our issues with power at the top of the economic/industrial issues plaguing the nation, and some have even blamed the country’s inadequate power supply for its poor economic. Nigeria’s energy generation is largely insufficient to cater for its over 200 million people.

As such, erratic power supply have become the norm in homes and offices in the nation. Power Generators, and, of recent, solar panels are another norm found in homes and offices across the nation because of the unpredictable nature of the power supply/distribution. Here in this article, we are going to analyse the electricity supply situation in Nigeria, including the problems, causes, and solutions.

Electricity in Nigeria – A brief history.

Erratic power supply in Nigeria is not a recent development. It dates back to the years before independence, most especially in 1950, with the establishment of the Electricity Corporation of Nigeria (ECN). The corporation was characterised by isolated generation facilities and low power generation.

Electricity supply during this period was confined to few urban areas and mining facilities. Some of the power plants established during this period include; The 2MW hydroelectric power plant at Kura falls near Jos constructed in 1925, The Ijora, Lagos power plant built in 1898 by the colonial government, The Sapele power plant, and the  Shell  development  Company  of  Nigeria  power  plant at  Bonny  and  Delta  areas.

The ECN was established to coordinate the existing power plants in the country, as well as generate, transmit, distribute, and sell electric power across the country. They were also granted power to acquire, hold and dispose lands for the purpose of achieving the aim of stable and regular power supply.

In 1962, however, after the completion of the Niger dam hydroelectric project at Kanji, the  Niger Dam Authority (NDA) was established as a parallel power generating/distributing body, with the objective of handling and overseeing the hydroelectric facilities in the nation.

They had the sole function of generating electric power from water, and this they did by constructing and operating dams on the river Niger and elsewhere across the nation. Next was the establishment of the National Electric Power Authority (NEPA) in 1972.

This was done by the merging of the ECN and the NDA by the federal government. NEPA was to coordinate and maintain all power supply related activities in the country, including production, transmission and distribution of electricity from all the major power plants in the nation.

All of these power stations were connected to a main transmission network – The National Grid. The electricity generated were collected and transmitted throughout the federation at the national control center in Oshogbo. To ensure the smooth and effective transmission and distribution of the power generated to their customers  across the nation, NEPA set up around 11,000KM of transmission lines nationwide, as well installation of transformers and other relevant facilities.

The power situation, however, did not improve, and the government, in response, moved for a reform of the  power sector, starting with the formation of the Power Holding Company of Nigeria (PHCN). The reform, which would see the Electric Power Sector Reform Bill signed into law on March 11, 2005, would also allow private companies to participate in power generation, transmission, and distribution in the nation.

Thus, the privatisation of the power sector in Nigeria was in place. Furthermore, the Nigeria Electricity Regulatory Commission was also established to monitor the power sector during the reform. PHCN, a public limited liability company established in place of the defunct NEPA, comprised of six generation companies, eleven distribution companies and one transmission company, which would be handed over to the private sector through investor sales and concessions. However, under the Act, the PHCN was licensed to remain in operation for only 18 months, after which all its staffs, assets and liabilities, were to be assigned to new business units. This procrss is still ongoing.

Poor power supply in Nigeria – The reasons why

The erratic and inconsistent nature of Nigeria’s power supply can be tied to a number of factors. This factors are treated below;

For example, the power generated at Delta four power plants stood at 30.5%, with a total of 69.5% being lost at the point of generation. This does not include the amount of power lost during transmission and distribution due to transmission lines that are either below the required capacity or are ill maintained.

Poor government policies – The federal government’s power/energy policies have been largely poor and inadequate at best. This is highlighted by the federal government’s decision to privatize the power sector, after the early  monopoly of the sector from 1950 till 1972. The decision to include the private sector in the generation, transmission and distribution of power in the nation, shows that the early policies were not functional enough.

Solutions to the poor power supply in Nigeria

Briefly, we’ll deal with the possible solutions to the poor power supply situation in Nigeria.

Up-to-date Improvement and maintainance of power generation, transmission and distribution facilities – Modern power generation and distribution facilities should replace the ones already in use. Transformers, transmission lines, and power plants should be ungraded if they do not meet the required standard needed to supply the country with adequate electric power for its over 200 million people.

Energy conservation policies – A percentage of the power lost in the power sector in Nigeria is lost at consumption point. This is mainly due to the use of electric devices that do not conserve power. An example is the 100W incandescent bulb and the 600W refrigerator. Both are known to consume power at a high rate.

The government should put policies in place that encourage the use of electronics that favour power conservation. Example of such devices is the 10W LED electric bulb – which will produce the same illumination as the aforementioned incandescent bulb, and save up to 90% power – as well as the 120W modern refrigerator, which will offer the same service as its 600W counterpart.

Worldwide, energy efficiency and conservation is a supported phenomenon. Not only is it beneficial in the area of power generation and distribution, but also in it’s environmental and economic benefits.

Ghana also adopted similar policies, although through collaboration with product and sales companies, and requesting for its citizens to return their high-energy consuming refrigerators for more energy efficient ones at reasonable discounts.

Efforts should also be put into transmission and distribution by the federal government and the various bodies involved. There is also the issue of the billing system and the metering plan. In today’s world, power and energy are unavoidable necessities. A nation’s economy will remain stagnant without adequate power generation and distribution. Much needed change is required in this regard if Nigeria is to grow as a nation. We hope this article has been helpful. Let us know.

Dropshipping in Nigeria; meaning, how to start, tips to succeed 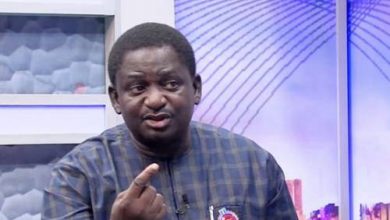 Nigerians swarm around him as bees do honey – Adesina To Buhari