Festival remains one of the cultural heritage of every society, It aptly defines the cultural background of a group, It is a cultural and religious way of celebration.

It depicts so many things ranging from the cultural ideology, idea and philosophy, It also shows the greatness and awesomeness of some spiritual beings as some of these festivals are celebrated in remembrance of certain deified beings in some instances.

Festival is an event or community gathering, usually staged by a local community, which centres on some theme, sometimes on some unique aspect of the community.

On the contrary, it identifies a set of celebrations in the honour of a god. The word “Festival” was adapted from the Old French festival, from ll. fēstīvālis, and from Latin fēstīvus.

According to the Wikipedia, A festival is an event ordinarily celebrated by a community and centring on some characteristic aspect of that community and its religion or traditions.

It is often marked as a local or national holiday, mela , or eid . Next to religion and folklore, a significant origin is agricultural. Food is such a vital resource that many festivals are associated with harvest time.

Religious commemoration and thanksgiving for good harvests are blended in events that take place in autumn, such as Halloween in the northern hemisphere and Easter in the southern.

Festivals often serve to fulfill specific communal purposes, especially in regard to commemoration or thanksgiving. The celebrations offer a sense of belonging for religious, social, or geographical groups, contributing to group cohesiveness .

They may also provide entertainment , which was particularly important to local communities before the advent of mass-produced entertainment.

Festivals that focus on cultural or ethnic topics also seek to inform community members of their traditions, the involvement of elders sharing stories and experience provides a means for unity among families.

In Ancient Greece and Rome , festivals such as the Saturnalia were closely associated with social organisation and political processes as well as religion.

In modern times, festivals may be attended by strangers such as tourists, who are attracted to some of the more eccentric or historical ones.

The Etymology Of The Word “Festival”

According to the Wikipedia, the word “festival” was originally used as an adjective from the late fourteenth century, deriving from Latin via Old French.

The term “feast” is also used in common in secular parlance as a synonym for any large or elaborate meal. When used as in the meaning of a festival, most often refers to a religious festival rather than a film or art festival.

In the Philippines and many other former Spanish colonies, the Spanish word fiesta is used to denote a communal religious feast to honour a patron saint.

From the above, It is easily understandable that festivals have religious connotations and background in some cases, also, It sometimes depicts artistic events, It is also associated with agriculture in the case of food harvest.

A typical example of the religious festival is the Eid Celebration, Christmas Celebration, Ogun Celebration and so on, In the case of art, we have Music Festival, Science Festival, Literary Festival, Under agriculture, we have Yam Festival, Peanut Festival and so on.

Thus, Festival is more than a cultural element as it is also associated with and attached to various other events in real life situation.

Festivals also includes the organisation of food for the entire members of a community, In short, it is communally recognised.

One of these festivals that has a great significance and impact in cultural world in general and in the Yoruba tribe in particular is the Osun Oshogbo Festival.

The Constitution Of Osun Oshogbo Festival

Osun Oshogbo festival is one of the biggest and magnanimous festivals celebrated in Yoruba land as it has a very long and old origin, It could be dated back to the period of our ancient ancestors in Yoruba tribe particularly the land of Osun.

This festival has attained a prominent status in the history of Yorubas, It is a communal event that is not just considered to be seasonal but also runs through the veins of the very community all the year.

Ifa “Oracle” consultation is very crucial before the celebration of any festival in Yoruba land as to determine when they are to be celebrated.

Although Osun Festival is pronounced and done in Oshogbo but it’s worship is central and transverses all towns in Yoruba land.

Osun Oshogbo groove has been adopted as a world intangible cultural heritage site of humanity by UNESCO, and it is one of the first of such to be adopted in West Africa entirely.

The origin of Osun Oshogbo is connected with the town of Oshogbo itself, and as such there are many traditions of the origin of this festival.

Osun which is the goddess is a sacred denominator to this festival. Osun Oshogbo is an embodiment of the river that flows through Oshogbo land.

According to Oluponna (1991), “It is a riverine of fertility and the only female divinity among the sixteen deities who were assigned and chosen by the Olodumare to the organisation and planning of the material human world”.

This festival is usually celebrated in the month of August as a medium of remembering the past ancestors through rituals and seeking solution to problems.

Iwopopo is an event that marks the commencement of the festival, which connotes the official clearing of the roads from the palace to Osun shrine at Gbaemu area of Oshogbo, this exercise serves the physical and spiritual sanitation functions.

It is celebrated for twelve days and one of the significant event of the festival is the “Etutu” the peaceful ritual, done as a way of remembering the past Ataojas (Monarchs) of Oshogbo land and ensuring peace and harmonious relationship between the dwellers of this community.

This ritual culminates in the lightning of sixteen point lamp (Atupa Oloju Merindinlogun) mounted on a standing metal of about seventeen centimetres high.

The ritual movement is led by the Ataoja (Monarch) himself, a votary maid (Arugba Osun) who must be a virgin within the age limit of 13 – 16 from the royal family will carry the ritual calabash to the Osun groove.

Conclusively, the King will climb a rock situated in the river with his palms spread out to welcome the Osun fish, which usually comes out to receive the sacrifice from the King, It was from this occurrence the King derived his title Ataja or Atewogbeja, and then the whole town of Oshogbo begins the celebration properly and this marks the end of the festival. 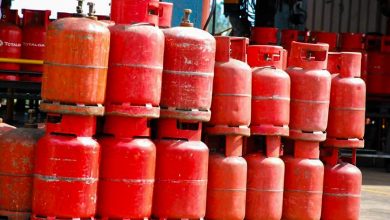 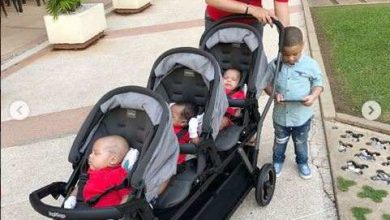 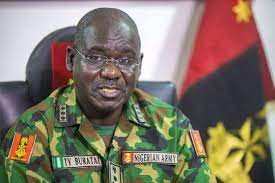 Seized Abuja Property Is Not Mine – Former Chief Of Army Staff 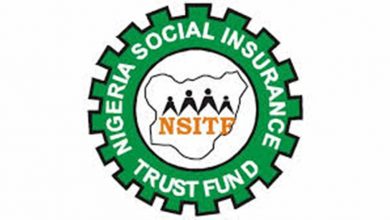