Because Nigerians have involved in tomatoes cultivation, We will attempt to critically discuss Tomatoes Cultivation and Its Potential in Nigeria.

Tomatoes is commonly used in Nigeria, and this crop is being cultivated here in Nigeria. For long time now, Nigerians have involved in tomatoes cultivation, since it is one of the important component of daily food consumed in the country.

Tomatoes can be eaten both fresh and in paste form. However tomatoes production is hampered by some problems.

Read Also: How to Start Vegetable Farming in Nigeria

Some of these problems are diseases, and insect pests, and high flower drop. All these put together affect tomatoes yield. In this article however, an attempt will be made to critically discuss tomatoes cultivation and its potential in Nigeria.

Tomatoes remained one of the most cooking ingredients in the country. Almost ninety percent of food consumed in Nigeria is coming with tomatoes.

For example, tomatoes is used in stews, and soups, and salads, and portages, in fact in virtually all the food you can imagine in Nigeria. It comes and goes almost with everything.

Over 200 million people consumed tomatoes in Nigeria, and as such, no amount of tomatoes produced in the country will ever be enough for consumption.

Read Also: Problems And Prospects Of Onion Farming In Nigeria

Tomatoes is commonly used in Nigeria for several purposes. Tomatoes is used as food, and also used as raw material for tomatoes processing plant hence, the cultivation of tomatoes in Nigeria.

Nigeria Is The 14th Largest Tomatoes Producer In The World

Nigeria is ranked the 14th largest tomatoes producer the world over, and it is ranked 2nd in the African continent. Nigeria is second after Egypt, and it produces over 1.8 million metric tonnes annually.

In Nigeria however, there are about 48 million tomatoes farmers, that is why Nigeria alone is accounting for about 65 per cent of tomatoes production in the whole West Africa.

Conversely Nigeria Imports The Largest Tomatoes Paste In The World

Conversely, Nigeria imports the largest tomatoes paste  the world over. This country has imported an average of about 150, 000 metric tonnes of concentrate paste annually which, according to some analysts, is valued at $170 million.

Of late however, the Central Bank of Nigeria CBN, has expressed concern over the N11.7billion Nigeria was spent sometime to import over 65, 809 metric tonnes of tomato paste.

Importation Is As A Result Of Dysfunctional Agricultural Value Chain System

However, the massive tomatoes import recorded in Nigeria of recent is as a result of dysfunctional system of agricultural value chain.

In fact, the loss of over 50 per cent of the tomatoes that are produced in Nigeria, occasioned by poor preservation, and poor marketing, distribution hiccups, as well as, access to markets is as the result of this dysfunctional agricultural value chain system.

Tomatoes Importation Is Disservice To Nigerians

Tomatoes importers in the country, find it easier to import concentrated tomatoes paste into the country rather than make investment in the local production and processing of tomatoes.

There is no how this can solve the problem of shortfall in tomatoes production in the country. And to the importation, instead of them to be of help to local tomatoes producers in Nigeria, by way of providing processing equipment and facilities and machineries to local factories, where the locally produced tomatoes can be processed, is such unfortunate and disservice to Nigerians for them by their own trade create jobs and emplyment in China, and Spain as well as, Italy.

More so, since the crop, tomatoes is a crop with a very short life span, tomatoes farmers have only devised a means of preserving them.

This is done this way! The tomatoes farmers will, as a way of preserving their  tomatoes yield cut the tomatoes, and dry them and as well replant them. tomatoes farmers in Nigeria has adopted this practice to preserved their tomatoes crop in the last 10 decades.

Players in the sector are working towards making Nigeria a top notch in tomatoes production and tomatoes processing. They are achieving this through:

Partnership Between Producers And Processors

This development is increasing jobs opportunity to Nigerians, especially in the rural areas, as well as, reduce poverty.

Nevertheless, the Central Bank of NIGERIA is seriously  at work with tomatoes producers, and tomatoes processors as well as other stakeholders in the sector.

The intention of strengthening Nigeria’s tomatoes industry has been born, given the dysfunctional agricultural value chain system in Nigeria.

This of course, is achievable via partnerships, which is geared towards realising the potential of tomatoes production in the country.

Years to come, the entire tomatoes production and processing system is changing for the better, as far as tomatoes industry in Nigeria is concerned.

More so, due to the post harvest losses, the tomatoes production in the country is about 40 to 51 per cent,  which has not make it to the market.  The losses however, are being put at a $15 billion approximately.

Because of the high demand of fresh tomatoes in Nigeria, tomatoes production is seen as a very lucrative business, which any serious individual can venture into.

However, as the Nigerian economy improved, that type of tomatoes grown in the northern Nigeria, have started gained dominance in the southern market.

Read Also: Cassava Farming Business; How To Start And Be Successful

Tomatoes remained one of the most cooking ingredients in the country. Almost ninety percent of food consumed in Nigeria is coming with tomatoes.

For example, tomatoes is used in stews, and soups, and salads, and portages, in fact in virtually all the food you can imagine in Nigeria. It comes and goes almost with everything.

Over 200 million people consumed tomatoes in Nigeria, and as such, no amount of tomatoes produced in the country will ever be enough for consumption. 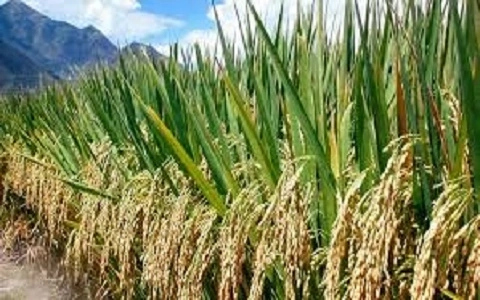