Paul Pogba: I could stay at Man United If Ralf Rangnick Remain as boss – Transfer Roundup

Paul Pogba is open to staying at Manchester United – if Ralf Rangnick remains as boss.

Liverpool will send representatives to Argentina this weekend to secure a £50m move for Porto’s Luis Diaz.

Aston Villa star Matty Cash is in talks with Atletico Madrid over a permanent transfer this summer.Information Guide Nigeria

Derby County are going for a fast-track legal decision on the compensation claims of Middlesbrough and Wycombe that threaten their existence.

Jack Wilshere has attracted transfer interest from various Championship clubs as well as teams from abroad after keeping fit with Arsenal.

Newcastle United are closing in on a double signing before the close of the January transfer window with deals for Arsenal striker Eddie Nketiah and Brighton defender Dan Burn likely to bring an end to their recruitment this month.

Frank Lampard has been offered the job of the new Everton manager, which should bring to a close the tortuous process to find the successor to Rafael Benitez.

Tottenham have hit the panic button ahead of the final three days of the January transfer window after missing out on three of their main targets.Burnley are in advanced talks to sign Wolfsburg striker Wout Weghorst and Dinamo Zagreb midfielder Mislav Orsic.

Neither Amanda Staveley nor her firm, PCP Capital Partners, “had the funds necessary” to buy her 10 per cent stake in Newcastle United, according to a lawsuit brought by the club’s former owner, Mike Ashley – in stark contradiction of her insistence that family money and the sale of a hotel was used to buy the shares.

Tottenham are running out of time as transfer mess risks losing Antonio Conte.

Brentford expect to unveil Christian Eriksen as a new signing in the next 48 hours.

Brighton are braced for another bid for their central defender Dan Burn from Newcastle before the transfer window’s closure on Monday night.

Tottenham have opened an alternative avenue with a move to sign the attacking midfielder Dejan Kulusevski on loan from Juventus – the club at which their managing director of football, Fabio Paratici, worked for 11 years.

Newcastle United’s trip to Saudi Arabia ended on a shameful note when Ciaran Clark was sent off for punching an opponent during a friendly match.

Manchester City are reportedly set to resume talks with Raheem Sterling over a new contract.

Brighton are interested in taking Joe Rodon on loan from Tottenham should they sell Dan Burn to Newcastle.

Stoke City are closing on a loan deal for Josh Maja from Bordeaux.

Brentford are investigating after a video of star striker Ivan Toney appearing to say “f*** Brentford” leaked on social media.

West Ham are keen on a shock raid on Leeds for their Brazilian star Raphinha.

Tottenham have targeted Juventus pair Dejan Kulusevski and Alvaro Morata in a desperate bid to salvage their troubled transfer window.

Fulham manager Marco Silva has confirmed Fabio Carvalho will not leave the club in January.

Eddie Howe has insisted Newcastle’s £77m-plus spending spree will save the club from relegation – and help the Saudi owners fulfil their long-term dreams.

Newcastle’s attempts to sign Andrea Belotti have fallen on deaf ears, in a situation reminiscent of rivals Arsenal’s failed approach for Dusan Vlahovic.

Former Newcastle star Geremi has revealed that players heading to Newcastle all have ‘different ambitions’, and it isn’t ‘strange’.

Newcastle’s hunt for a new centre-back during the January transfer window could lead them to West Ham’s Issa Diop.

Shaun Maloney is planning on Scott Allan being a Hibs player beyond Monday’s transfer deadline.

Dundee have agreed a pre-contract to sign Ricki Lamie from Motherwell and are trying to seal an immediate deal before Monday’s deadline.

Swansea are facing a fight to sign Scott Fraser as Charlton tabled a £400,000 offer to land the Ipswich Town playmaker.

Celtic boss Ange Postecoglou has refused to rule out a stunning derby return for Daizen Maeda and Tom Rogic.JAMB Result

Hibs midfielder Scott Allan is in talks with Kilmarnock over a possible move to Rugby Park. 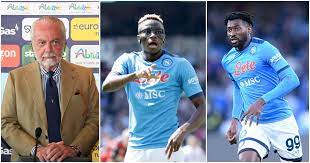 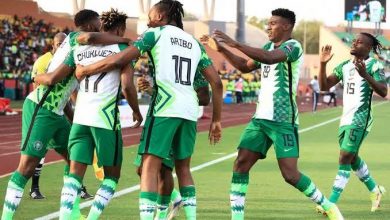 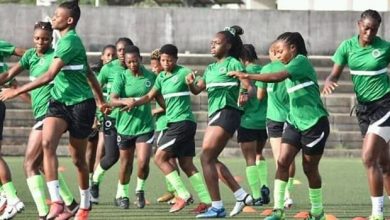 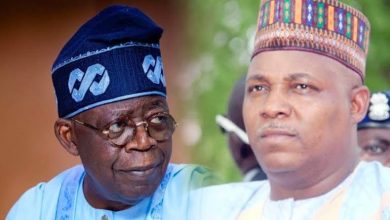 JUST IN: “The Bishops/Clergy Are Not Fake” – Tinubu Finally Speaks