Cristiano Ronaldo remains intent on leaving Manchester United in the transfer window so that he can play in this season’s Champions League.Information Guide Nigeria

George Ford will not play for his new club Sale Sharks this year after undergoing surgery on a ruptured Achilles tendon suffered in the Gallagher Premiership final last season.

New Manchester United midfielder Christian Eriksen wasted very little time getting off the mark for the club by scoring in his first pre-season friendly – in full view of Cristiano Ronaldo.

Frenkie de Jong is reported to have told his Barcelona team-mates he has no plans to leave Catalonia this summer despite Manchester United’s relentless efforts.

Arsenal could now explore the idea of using Bernd Leno as a makeweight in their bid to pry midfielder Youri Tielemans away from Leicester before the window closes later this summer.

Barcelona are close to beating Chelsea to the signing of Jules Koundé after agreeing a €50m fee with Sevilla for the France defender.

Select Manchester City fans will be offered a “smart scarf” next season, the latest in wearable technology that sees a biometric sensor integrated into the fabric to monitor emotional, physiological and movement data.

The country should get an extra bank holiday if the England women’s football team win in the Euro final, Keir Starmer has said.

Chelsea, who shortlisted the RB Leipzig defender Josko Gvardiol, Atletico Madrid’s José María Giménez, Internazionale’s Milan Skriniar and Villarreal’s Pau Torres at the start of the summer, are frustrated with Barcelona’s behaviour. They could respond by blocking Xavi’s attempts to sign Cesar Azpilicueta and Marcos Alonso.

Cristiano Ronaldo returned to Manchester United on Tuesday with his agent Jorge Mendes and has informed the club that he wishes to be relinquished from his contract to free him to join a Champions League side.

English Football League referees will be told to increase their threshold of fouls, cut down on time wasting and ensure player behaviour does not overstep the mark ahead of the new season.

Nottingham Forest are still on the hunt for another midfielder to bolster their squad ahead of life back in the Premier League, with Real Betis star William Carvalho at the top of a four-man list.

Former Ligue 1 champions Bordeaux have been reinstated in France’s second division, three days before the start of the new season, after being relegated down to the third tier over financial irregularities.

Paul Pogba will visit a specialist consultation to determine what treatment is needed for his knee injury, as the Juventus midfielder could be forced to miss the 2022 Qatar World Cup.

Concerns have been raised to the FA over the conditions for migrant workers at England’s luxury hotel in Qatar, where the team will stay during the World Cup finals. The five-star Souq Al Wakra hotel will be the England bolthole for the tournament, which begins on November 21.JAMB Result

Fans complained of a ticketing “farce” for England’s Euro 2022 final after some were frozen out of Wembley by touts charging 900 per cent markups.

Bubba Watson is set to be unveiled during this week’s LIV Golf Series event as the Saudi rebel circuit’s latest big-name capture.

Bournemouth are set to sign Middlesbrough midfielder Marcus Tavernier in a £12m deal.

Tottenham have reportedly received a major boost in their pursuit of Nicolo Zaniolo, despite Jose Mourinho asking him to stay at Roma.

Liverpool star Roberto Firmino is reportedly closing in on a move to Juventus, which could have consequences for both Manchester United and Chelsea.

Chelsea’s transfer window has been handed yet another blow as it has been reported that Paris Saint-Germain defender Presnel Kimpembe has decided not to leave the club.

Burglars targeted the family of Lionesses star Georgia Stanway while they were watching her help England net a place in the Euros final.

Atletico Madrid fans have revealed an anti-Cristiano Ronaldo banner at a pre-season game.

Newcastle have taken out a £140m loan to fund Eddie Howe’s transfer spending.

Jack Grealish has admitted he found his early days at Manchester City last summer “so difficult”.

Gareth Bale and Aaron Ramsey are alarmed that Robert Page’s Wales contract beyond the World Cup has not been sorted yet.

Arsenal centre-back Pablo Mari could be on the move to Fenerbahce with the defender keen to be reunited with boss Jorge Jesus.

Manchester United will give 16-year-old Bosnian goalkeeper Tarik Karic a trial with the academy.

Arsenal have reportedly been joined by Manchester City in the race to sign Benfica’s Alex Grimaldo.

Giovani Lo Celso, Tanguy Ndombele, Harry Winks and Sergio Reguilon are all up for sale at Tottenham but the lack of funds available to clubs in most leagues outside of England in a post-COVID world makes selling to countries like Spain and Italy a lot harder than it used to be.

Spurs are also open to selling defender Joe Rodon. Fulham are among the interested clubs, with a loan a possibility given the player’s contract doesn’t expire until 2025.

Chelsea look set to block any attempt from Barcelona to sign Cesar Azpilicueta and Marcos Alonso this summer despite interest in both players.

Union Saint-Gilloise are trying to block Rangers fans snapping up tickets for the home end for the first leg of their crucial Champions League qualifier in Belgium next week after cottoning on to crafty Ibrox punters taking out membership schemes for the Jupiler Pro League side.

Hibs owner Ron Gordon has hailed Rangers for advancing Scottish football ‘more than any other club’.

Giovanni van Bronckhorst is set to appoint Ceri Bowley to his Rangers backroom staff after the Welshman confirmed his departure from City Football Group.

St Johnstone have released defender Dan Cleary after he asked to be freed from his contract to return home to Ireland.

Check and Confirm: How much is Dollar to NairaPounds to Naira today 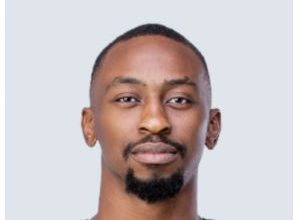 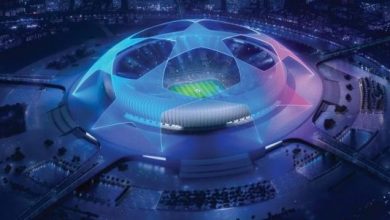 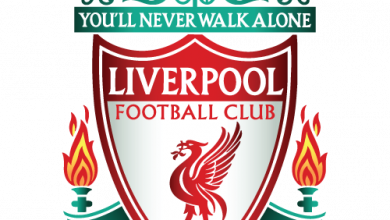 Liverpool pre-season schedule 2022: Who will the Reds face? 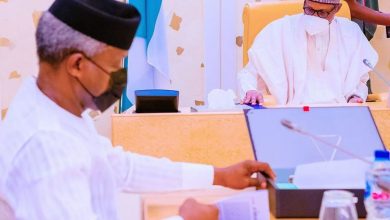