TRANSFER DEADLINE: All Breaking Moves In The Next 24Hours

Tottenham have agreed a £48m swoop for Porto ace Luis Diaz, but the move is stuck in limbo as his two representatives are refusing to sign off the deal after super-agent Jorge Mendes has become embroiled in the move.Information Guide Nigeria

Wolves are standing firm in their efforts to keep hold of Ruben Neves and are confident he will not leave this summer as they set a £40m asking price for the Portugal international.

Aston Villa star Matty Cash is in talks with Atletico Madrid over a permanent transfer this summer.

Neil Warnock could be back in management at 73 with Cardiff City and Bristol City both interested.

Frank Lampard plans to recruit top-rated Chelsea coach Anthony Barry if he gets the Everton job.

Juventus are interested in making a shock swoop for Chelsea star Jorginho, according to reports.

Arsenal are set to play Reading in a behind-closed-doors friendly when they return from their warm-weather training camp in Dubai.

Southampton are interested in a move for Chelsea kid Tino Anjorin and would like to make Armando Broja’s loan permanent – but more likely in the summer than this window.

Birmingham are rivalling Bournemouth in the race for Peterborough star Siriki Dembele after the Cherries have had two bids of £1m and £1.3m rejected for the 25-year-old, whose deal is up in the summer.

Manchester United are “petrified” of letting Jesse Lingard leave and him proving a success elsewhere, according to those close to the midfielder, after his proposed loan move to Newcastle effectively collapsed over United’s insistence on a £12m survival payment if he helps the Toon stay up.

Liverpool have rejected initial approaches from Monaco and Leeds for forward Takumi Minamino.

Chelsea and Manchester City have each been dealt a blow to their transfer plans after Real Madrid stepped up their efforts to land AS Monaco star Aurelien Tchouameni and teenage sensation Endrick.

Ashley Young has become the latest star to turn down Newcastle after telling Steven Gerrard he wants to stay at Aston Villa this month.

Jose Mourinho is plotting to sign Arsenal midfielder Granit Xhaka as he looks to bolster the midfield options at his disposal at Roma.

Ramon Vega has warned Tottenham could risk losing Antonio Conte unless they turn their “donkey into a race horse”.

England fans are being offered £150-a-night packages at the World Cup – including all-you-can-drink deals on a cruise ship.JAMB Result

Real Madrid have reportedly agreed an £8bn deal with an American firm to stage events at the Bernabeu for the next 25 years.

Paris Saint-Germain are in contact with Marcus Rashford ahead of the summer transfer window, according to reports.

Sevilla sporting director Monchi believes Diego Carlos will now stay at the club after they rejected what he believes will be Newcastle’s final offer for the player.

Arsenal are continuing their hunt for a striker, with Everton’s Dominic Calvert-Lewin under consideration, although Borussia Dortmund are also monitoring the Toffees hitman as they brace for the potential loss of starman Erling Haaland in the summer.

Everton are interested in Chelsea midfielder Ruben Loftus-Cheek but Thomas Tuchel has been keen to keep him at Stamford Bridge.

Adama Traore is finalising a loan move to Barcelona after his switch to Tottenham stalled.

Christian Eriksen’s proposed deal with Brentford could be concluded this weekend with both parties keen to reach an agreement before Monday’s deadline.

Burnley face a £60m blow if they are relegated from the Premier League, as a result of a loan that financed the club’s takeover last year.

West Ham have had a bid to sign Marseille defender Duje Caleta-Car on loan rejected by the French club.

Anthony Martial is yet to activate two clauses in his contract at Manchester United, including the infamous Ballon d’Or bonus, with his Old Trafford career on the rocks.

Valerien Ismael is under increasing pressure as West Bromwich Albion manager after a run of poor results with players unconvinced by his approach and methods.

Arsenal’s move for Juventus midfielder Arthur could collapse after they refused to sanction an 18-month loan.

Kieran Trippier has revealed that Tottenham chairman Daniel Levy ‘annoyed’ him by offering him to other clubs a few months before his eventual exit – and hit out at the club for selling Mousa Dembele in 2019.

Newcastle are set to secure the future of highly-rated midfielder Joe White after agreeing terms on a new contract.

Brentford have submitted a £12m offer for Hull City winger Keane Lewis-Potter, who has also attracted interest from West Ham.

Tottenham Hotspur are finally close to agreeing a deal to move on Tanguy Ndombele with their flop record signing set to go to Paris Saint-Germain on loan for the rest of the season with an option to buy.

Manchester City are expected to open contract talks with Raheem Sterling before the end of the season.

Crystal Palace and Valencia are vying to sign Donny van de Beek on loan with Manchester United braced for more approaches for the Holland midfielder.

Swansea, Queens Park Rangers and Rangers have all made approaches to sign the Manchester City and England Under-20 attacking midfielder James McAtee on loan.

Arsenal are close to a finalising a deal to sign USA goalkeeper Matt Turner from New England Revolution in the summer, with the fee expected to be about £6m with up to £2.5m in add-ons.

The FA is facing mounting pressure to lessen the disparity of prize money between the men’s and women’s FA Cup after Emma Hayes and Nigel Huddleston, the sports minister, added their voices to the debate.

Coaches operating in athletics with a restricted licence, or serving a limited suspension, could now be banned for life as part of a crackdown on sexual misconduct in the sport.

World Rugby is trialling a new law during the Six Nations to address a scrummaging technique that has left hookers suffering degenerative neck injuries and fearing paralysis.

Bodo/Glimt boss Kjetil Knutsen admits he hasn’t a clue how his new-look side will look when they come up against Celtic.

Celtic striker Albian Ajeti has emerged as a transfer target for FC Basel.

Lagosians Will Lose Out If They Don’t Reappoint Me In 2023: Governor Of Lagos 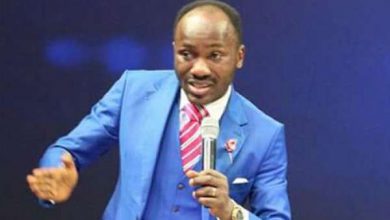 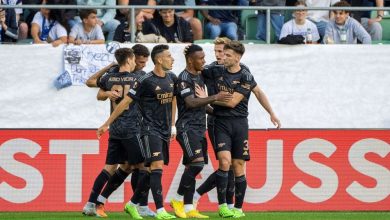 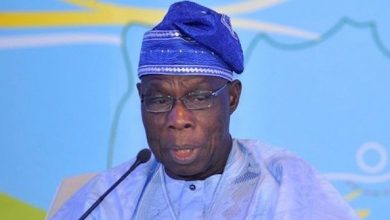 2023 Election: Igbo President Will Bring Unity To The Country – Obasanjo 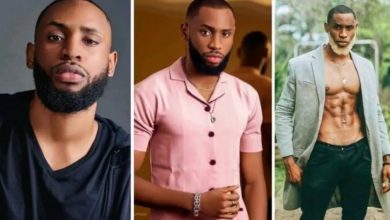