Although Nigeria mainly focuses on Crude oil as its major economic source, it still uses some other natural and mineral resources to improve its standard of living and the economy.

Natural resources and its classification

Natural resources are substances that occur naturally without the influence of man and can mostly be used for human consumption and economic growth.

They can either be used in their natural form or processed and manufactured into artificial products for consumption.

Natural resources can are classified into three (3) categories

Based on their Sources of origin, natural resources are of two types:

According to their stages of development, these resources can be classified into the following:

Based on their Renewability, they can be classified into two types namely the:

List of all Natural Resources in Nigeria and Their Locations

The following are the natural resources in Nigeria and can be found across different regions and states in the country.

While some resources in Nigeria are properly used to boost its economy, others are either underused or yet to be exploited.

Industries process most of the natural and mineral resources into finished products for human consumption.

Here is a list of all the natural resources in Nigeria and their locations.

Popularly known as one of the natural resources in Nigeria, Crude oil is a fossil fuel discovered in the country in 1956.

The unrefined petroleum mined underground forms as a result of pressurization and decomposition from plants and small animals’ remnants.

Nigeria is the world’s fourth richest in crude oil deposit and the first in Africa.

Deposits of gold are located in the Northern part of Nigeria. Its production started in the year 1913 and climaxed in the 1930s. The gold production, however, declined during and after the Second World War.

Nigeria is one of the countries in Africa that has deposits of silver. Just like some other mineral resources, silver is sparsely deposited in the country and can be found in the northern part of Nigeria.

Another fossil fuel, coal is among the non-renewable natural resources in Nigeria. The country can make use of coal as an alternative source for generating electricity.

Manufacturing industries use coal as a liquid fuel for cement and steel production. This naturally occurring substance is a combustible brownish-black or black sedimentary rock which occurs in rock strata in layers.

Granite is abundantly deposited in Nigeria and Africa at large. The natural stone is crushed and used in the construction of roads, buildings, and bridges.

Location: Granite can be found in every state but are seen in bigger quantities in Ekiti, Cross River State and Abuja (FCT).

Nigeria is hugely blessed with a large number of Barite deposits. Barite or Baryte (BaSO4) mineral resources are made up of Barium sulfate and come in a wide range of crystal forms and colors.

Other states are Benue and Plateau.

Bitumen is one of the rich and popular natural resources in Nigeria as it contains oil accounting over 13 billion barrels.

First discovered in the 1900s, Bitumen greatly contributes to the Nigerian economy. This hydrocarbon can either be found in deposits (oil sands) or acquired as a residue in the crude oil distillation process

Gemstones are one of the most wanted precious and semi-precious stones.

Fortunately, these natural resources are in abundance and scattered across several states in Nigeria. Some are found in larger quantities, while others in little quantities.

Tourmaline deposits are located in Kaduna, Osun, and Nasarawa States.

Clay is one of the most popular natural resources in Nigeria and is the oldest building material on the planet. Today, it is used to manufacture pottery, ceramics, wall and floor tiles, fire bricks, among others.

Feldspar is one of the non-metallic natural mineral resources that are formed in rocks deposits.

Copper ore is also one of the metallic natural resources that are richly deposited in Nigeria. Although Copper ore large scale mining and exportation process are still neglected by the government, locals mine and export these metallic minerals.

In West Africa, Nigeria is one of the countries that have large quantity of Zinc deposits across several states. After Iron, Aluminum, and Copper, Zinc is the fourth (4th) most widely utilized metallic substance.

Dolomite deposits are one of the Nigeria mineral resources, similar to Limestone in terms of exposure to pressure and heat. It is formed from the sedimentary rock.

Limestone is a sedimentary rock and non-renewable natural resources that is greatly used by local, as well as international firms in Nigeria.

Phosphate mineral deposits are found in metamorphic and igneous rocks. Due to the presence of these rocks and phosphate beds in Nigeria, Phosphate is largely deposited in the country.

Galena doesn’t occur on its own as it is mostly found mixed with other minerals resources such as sphalerite, calcite, and fluorite. Galena is a very essential ore widely used in the electrical and electronic industries.

Locations: Galena is deposited largely in Ebonyi State (Ishiagu) with a reserve of approximately 15 million tonnes. Other states include Nasarawa, Ogun, Ekiti, Kwara, Kogi, and Taraba.

It is found in a large bed of sedimentary rocks. The existence of Gypsum was evaluated and reported in 1921.

Wolframite is not a popular mineral, compared to the other natural resources in Nigeria. The mineral deposit is the main ore of Tungsten, as a result, it is highly valued.

It has a high melting temperature and dense.

Locations: Wolframite is located in the northern regions of Nigeria such as Bauchi, Kaduna, Kano, Niger, and Plateau states.

Kaolin is one of the natural resources in Nigeria that is found in large commercial amount. Also known as China clay, Kaolin is whitish and has a soft powdery texture.

Kaolinite is a major component of Kaolin.

Locations: Salt is largely deposited in Ebonyi State, thus its slogan– The Salt of the Nation.

Magnesium is not largely deposited in Nigeria, unlike some other African nations. It exists in nature alongside other mineral resources. Magnesium is the world’s eighth most abundant natural element.

Quartzite is hard metamorphic rock with an appearance that is non-layered. Its color in the pure form is grey or white, but it can also come in other colors which depend on the kind of existing impurities.

Unlike many other Natural resources that are widely abundant in Nigeria, Fluorite is among the ones that are only deposited in traces. It is crystal colorless in its pure form. However, it can be seen in several colors due to the presence of impurities.

Nigeria is blessed with a large number of natural mineral resources, even though many are untapped and less used.

Various local and global companies venture into the mining and exportation of Manganese to other countries.

Tar sands are also known as oil sands. They are black heavy sticky oil that develops from the mixture of sand, clay, bitumen, and water.

Tar sands are highly valuable in the country due to the oil content present in the Bitumen.

Locations: Predominantly deposited in the Mid-Western part of Nigeria, Eastern Dahomey Basin (Benin) and other areas of Edo State.

Other states include Ondo and Abia States.

Columbite is found together with Tantalite in pegmatites and granite deposits.

This mineral deposit is an ore of tantalum and niobium used in the formations of alloys. It is useful in the gas turbine, aerospace, and nuclear engineering.

Diatoms skeletons and single-celled organisms (located in salt or fresh water) made of silica skeleton are the major components of Diatomite.

The deposits of Titanium are only available in a small quantity, unlike other mineral and natural resources in Nigeria.

Titanium is strong but lighter than steel with a melting temperature that is very high.

Marble is a metamorphic rock and has a non-layered appearance, just like Quartzite.

Both local and international construction industries use Marble.

Uranium deposits are natural resources in Nigeria. The country only uses the deposits in lesser quantity than expected.

Uranium production can help to boost the economy of Nigeria.

The soft mineral deposit has a greasy feel and comes in white, grey or pale green colors. Magnesium, oxygen, and silicon elements are the major components of Talc.

Silica also called Silicon dioxide or silica sand is one of the natural resources in Nigeria.  It occurs in silicon and oxygen compound (SiO2).

Contents on this website may not be republished, reproduced, redistributed either in whole or in part without due permission or acknowledgment.
.
Proper acknowledgment includes, but not limited to (a) LINK BACK TO THE ARTICLE in the case of re-publication on online media, (b) Proper referencing in the case of usage in research, magazine, brochure, or academic purposes,.
.
All contents are protected by the Digital Millennium Copyright Act 1996 (DMCA).
.
We publish all contents with good intentions. If you own this content & believe your copyright was violated or infringed, please contact us at [infoguidenigeria@gmail.com] to file a complaint and we will take necessary actions immediately.
Tags
Natural Resources 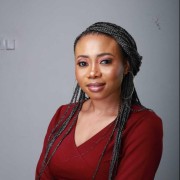 10 Ways to Prevent Flooding In Nigeria

Notable Day In Oluwo Village, Ibadan, Oyo State And How It Is Celebrated

How To Start Cleaning Service Business In Nigeria