The Nigerian customs service is a paramilitary organization established over a century ago during the British Colonial Administration in 1891.

Mr T. A Wall was appointed as the first Director-General of customs for the collection of Inland Revenue in Niger Coast Protectorate, a duty that had hitherto been performed by the department under the Royal Niger Company under the leadership of the past chief executives.

The customs and Excise Preventive Service was established in late 1945 under the leadership of Mr Nicol. The service was made up of two divisions namely Maritime and Preventive Divisions.

Maritime Division was responsible for collecting import and excise duties and other functions while the Preventive Division was to enforce duties which included prevention of smuggling as well as arrest and prosecution of smugglers.

Following the promulgation of the Customs and Excise Management Act (CEMA) No. 55 of 1958 the affairs of the Department were brought under the management of a Board whose Chairman was made the Chief Executive Officer of the Department.

After gaining independence in 1960, the Federal Government appointed Mr. Ayodele Diyan as the first Nigerian Chairman of the Board and Chief Executive Officer in 1964 who died in 1968 and was succeeded by Mr. Henny Etim Duke.

Decree No. 7 of 1970 later granted additional powers to the board with the definition of the membership of the Board.

More members were now to represent the Federal Ministries of Economic Development and Reconstruction, trade and Industries.

A new government in 1975 retired the three top management personnel of the board from the public service and the post of Chairman of the Board was abolished and replaced with that of Director.

By virtue of Decree No. 41 of 28th August 1975, all the powers that were before conferred on the Chairman and Deputy Chairman of the Board were vested in the Director of Customs and Excise and his deputies.

Alhaji Shehu A. Musa, was on 28th August, 1975 appointed the first Director of the Department of Customs and Excise.

His only mandate was to reorganize the Board and Department of Customs and Excise so his tenure was short. His submitted very strong proposals within six months of his appointment.

Prior to this time, the Department was operating as two parallel Services – Revenue (Technical) and Preventive (Enforcement).

The separate operation of the service created serious conflicts and immense administrative problems that seriously affected the overall efficiency and attitude of officers and men with the attendant negative impact on the image of the Department.

This led to the first major reorganization of the department on the 1st April and the present unified service of the Department of Customs and Excise was born.

This unification of the divisions allowed officers and men of the department to serve in any of the two without any restriction. Five major directorates were created as a result of the reorganization namely:

a. Customs Tariff and Trade

Four more divisions were created whose headship was drawn from the pool of the Public Service. These were Administrative, Legal; Finance/Accounts and Internal Audit.

Mr. Oyebode Oyeleye was the first Director under this new arrangement. Another major restructuring took place in 1985 as the Department was removed from the Federal Ministry of Finance to Internal Affairs after the government’s accepted the recommendations of the Study Group on Customs and Smuggling which was headed by Alhaji Yahaya Gusau which led to the creation of the Customs, Immigration and Prisons Services Board with the promulgation of Decree No. 14 of 11th January 1986.

This decree abolished the Board of Customs and Excise with this new Board taking over its functions and in also absorbed the functions of the Federal Public Service Commission with regard to appointment, promotion and disciplinary control over staff of the Department.

The Honourable Minister of Federal Ministry of Internal affairs became the Chairman of the CIPB with the Director of Customs and his counterparts in immigration and Prisons Departments as members.

Alhaji Abubakar Musa was the first director under this arrangement. Several other restructuring led to the structuring of the customs as it is today with Dr. Bello Haliru Mohammed as the first Comptroller General in 1992 followed by Alhaji Ahmed Aliyu Mustapha (OFR) 4th February, 1999.

Before then, he was the ACG (FATS) and later the Zonal Coordinator, Zone “C”, Bauchi. A new board headed by the Honourable minister of Finance was also re constituted.

The Comptroller-General was assisted by 6 Deputy – Comptrollers- General, heading the Departments viz. several other major reorganization happened until 30th November 2013, when the Comptroller-General, Dikko Inde Abdullahi launched the Pre-Arrival Assessment Report (PAAR), signaling the official takeover of the scheme by the Nigeria Customs Service.

Ranks in the Nigerian customs service

Ranks in the Nigerian Customs Service are not like the ranks in other Military/paramilitary organisations. They ranks of senior officers are as shown below:

This is the highest rank of the Nigerian Customs which is held by only one person in the whole country at a time. The Comptroller General is usually appointed by the President of the Federal Republic of Nigeria for a renewable tenure of four years.

Assistant Comptroller General is the third highest rank in the Customs Service. It is superior to the Comptroller and inferior to Deputy Comptroller.

This is the lowest officer rank in the Customs Service. It is the entry point for graduates being recruited into the service.

The ranks above are for officers only. There is no information about other ranks of the service so this is what I came up with.

If you know more about the ranks then leave a comment in the comment section for other people to get the info. Thanks for reading.

We work really hard and put a lot of effort and resources into our content, providing our readers with plagiarism-free articles, original and high-quality texts. Contents on this website may not be copied, republished, reproduced, redistributed either in whole or in part without due permission or acknowledgement. Proper acknowledgement include, but not limited to (a) Proper referencing in the case of usage in research, magazine, brochure, or academic purposes, (b)"FAIR USE" in the case of re-publication on online media. About possible consequences you can read here: What are the consequences of copyright infringement? In an effort to protect our intellectual properties, we may report your website to Google without prior notice and your website be removed from search engines and you may receive a strike. All contents are protected by the Digital Millennium Copyright Act 1996 (DMCA).
Tags
Nigerian Customs
Share
Facebook Twitter Google+ LinkedIn StumbleUpon Tumblr Pinterest Reddit VKontakte Odnoklassniki Pocket Share via Email Print 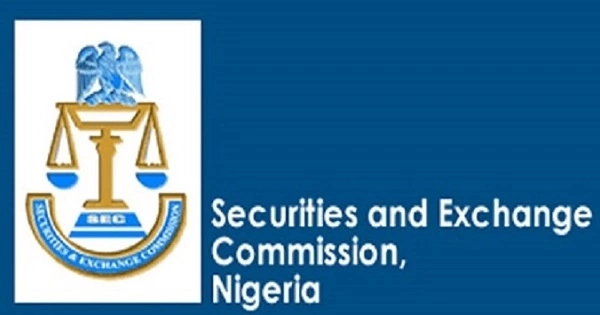 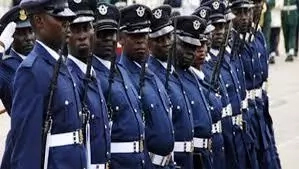 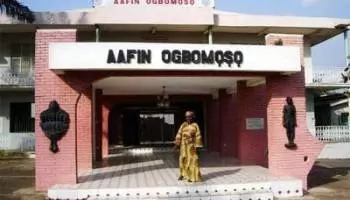 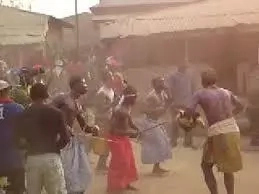